About Us | Blog | YES, FARMING IS CHANGING - AND SO IS ITS ROUTE TO MARKET
Tweets by @ArnoldsKeys

YES, FARMING IS CHANGING - AND SO IS ITS ROUTE TO MARKET 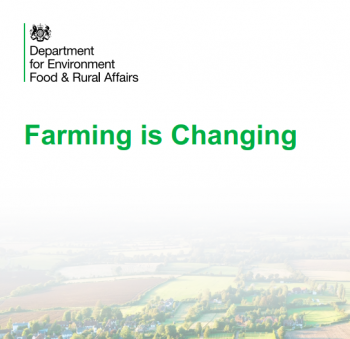 A new year is often a time for optimism, but farmers could be forgiven for thinking that as we enter 2021, they are facing a perfect storm.  With the continuing Covid-19 pandemic, extremely challenging weather, and the reality of Brexit, they couldn’t have asked for a more volatile way to start the new the year.

Of course, weather is always liable to be unreliable (although longer-term climate change is a bigger worry), and with mass vaccination now firmly underway, we can at least see a light at the end of the lengthy coronavirus tunnel.  It is Brexit, and its continuing ramifications, which is likely to have the most fundamental and long-lasting effect on food production and the profitability of farming.

Just as we entered the brave new world outside the EU, farmers will have received their copy of DEFRA’s cheery booklet, ‘Farming Is Changing’.  In the foreword, parliamentary under secretary of state Victoria Prentis claims that this is ‘an exciting time’ for the industry, and that the government is committed to helping farmers ‘stay competitive’ while ‘protecting and enhancing the environment on which a sustainable, productive future depends’.

Few would disagree with those aims, but the booklet is notably shy on talking about where the markets will be for the food that farmers produce.  Agriculture is about more than the phasing out of BPS payments and the introduction of ELMS; it is about efficiently producing food, and sustaining this production by finding ready markets for what is produced.

Most in the agricultural sector will have breathed a huge sigh of relief when the Brexit trade deal was announced on Christmas Eve.  Tariffs would have hit the food industry harder than any other, so the ability to export to our biggest market tariff-free is vital.

But, as we are starting to see, tariffs are not the only barriers to trade; increased regulation and bureaucracy is threatening to strangle our export markets with the need for tariffs.  The sight of dozens of fish lorries jamming the streets of London in protest may just be the start.

In truth, the trade deal is not the end of the matter, but simply a platform on which to build the ongoing negotiations which are likely to be a feature of trade relations with the EU for many years to come.  Brexit presents the food production sector with many structural challenges which go way beyond the Basic Payment Scheme.  And Britain faces entering into those ongoing negotiations with considerably less leverage now that it is firmly outside the camp.

‘Farming Is Changing’ talks much about the shift in government policy away from subsidising food production and towards supporting responsible land management.  This may be a shrewd move, given that the trade deal allows the EU to re-impose tariffs as they perceive that ‘state aid’ is giving UK producers an unfair advantage.  Whether ELMS is viewed by our former EU partners as such remains to be seen; we must hope not. 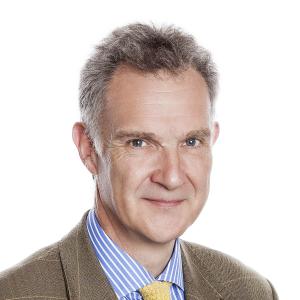 When commentators from outside Norfolk look at the county’s property market, attention tends to focus on one of two places: the city of Norwich, as the regional capital; and the... Read more >

PROTECTING YOUR FUTURE WITH A RESTRICTIVE COVENANT

One of the unique aspects of farming is that for many, their home is inherently tied up with their business. Read more >

Last weekend saw the first anniversary of the 2019 General Election. This was to be the end of the deadlock which had sent the political process into virtual paralysis for... Read more >