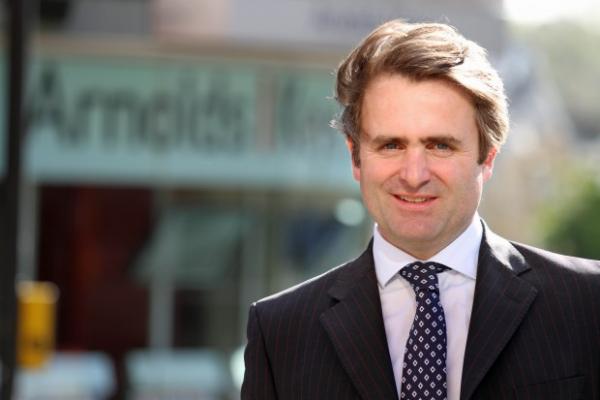 The publication looked at every commercial property deal done in the county during 2014, and found that Guy Gowing, managing partner at Arnolds Keys, had negotiated and completed more deals than anyone else.

Mr Gowing beat off competition from commercial property professionals in all of the major national firms, as well as local competitors, to carry off the Dealmaker title.

He commented, “This award is a reflection of the extensive professionalism and dedication of the whole Commercial Property team here at Arnolds Keys.

“It is telling that the award has gone to someone working in a locally-based firm.  It shows that good contacts and an excellent local market knowledge can result in deals being done.  Closeness to the local market and the local economy really is the key to actually completing deals, which in the end has to be the ultimate measure of success for any property professional.”

This is the second time in three years that the accolade has gone to a member of the Arnolds Keys Commercial Property team – it was won two years ago by Mr Gowing’s colleague Robert Flint.

Every year, the Department for Communities and Local Government conducts a housing survey in England, which provides a useful snapshot of the state of the country’s residential situation, says Clive Hedges. Read more >

The Search Might Be Online – But The Sale Is Still Offline

There has been lots in the press in recent weeks about the various online property portals, as once again we are seeing the market being shaken up by the emergence... Read more >

Buy-to-let landlords – as well as those considering investing in buy-to-let property and existing landlords with troublesome tenancies or agents – have the opportunity to pick the brains of one... Read more >

A local historical society will be able to enjoy illustrated talks and lectures, thanks to the generosity of a local estate agent. Read more >