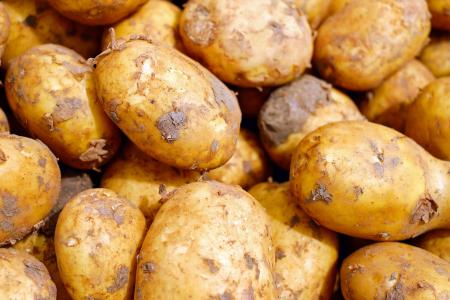 In the current crisis, it is very difficult to see anything other than dark clouds. But amongst the gloom, there are some glimmers of silver linings: we are seeing the best side of the British people come out, in volunteering, helping neighbours and – with some exceptions – adhering to the instructions given by government for our own safety.

When this is all over, we will all look at the world through a different lens. There are two important areas which I think the public at large will look on with renewed admiration. One is the NHS, whose selfless workers have done much to alleviate suffering and minimise the medical consequences of the virus.

The other is food production. Seeing empty supermarket shelves for the first time in most people’s lives is making people realise how much they have taken being able to get pretty much any foodstuff they want for granted.

Expect to see the phrase ‘food security’ used as much as the words ‘climate change’ have dominated conversations over the past year or two. The general public is waking up to what many of us have known for a long time: the people who feed Britain need to be better valued.

There has been considerable turmoil in farming over the past few months, with changes in public subsidy, the loss of the Basic Payment Scheme, and the proposed introduction of the Environmental Land Management Scheme.

It is right that in a democracy, use of taxpayers’ money should be directed for the public good. Inevitably politicians will make that judgement based on what voters say is important to them; it’s why ELMS focusses on the environment rather than on food production. Once the dust settles on Covid-19, I reckon that voters will have a new priority – ensuring they never again have to queue at supermarkets whose shelves are empty.

Looking in my fridge this morning, I see that my tomatoes came from Italy, and my oranges from Spain. These two countries are epicentres of the virus, and there is no guarantee that such shipments, which are still continuing, will not simply stop. It underlines the need for us to be at least somewhere near self-sufficient in at least the basics: wheat, dairy products and so on.

If the subsidy system is to be for the public good, then maybe now is a good time to redefine what we mean by that phrase.

We can no longer be blasé about the fact our potatoes have come from abroad. Certainly the ridiculous comments from Treasury advisor Dr Tim Leunig that the food sector ‘isn’t critically important’ and that the UK should copy nations like Singapore and rely on imported food have been shown to be arrant nonsense.

In the short term, agriculture is rising to the challenge of feeding Britain, despite a difficult autumn which has seen potatoes still being harvested in March, and a desperate Brexit-inspired shortage of labour being exacerbated by travel restrictions.

Those working on the frontline of the NHS are rightly being called heroes. It’s not fanciful to suppose that those feeding the nation will come to be regarded as heroes too – and then the politicians will have to sit up and take notice, and action too, to ensure our food security is never again threatened.

There can be no doubt that we are living in extraordinary times – and getting through such times is going to require some out of the ordinary thinking and behaviour... Read more >

There is now less than a month for landowners to submit sites for consideration to be part of the new Greater Norwich Local Plan – possibly the best opportunity to... Read more >

The Government have recently relaunched their Fire Kills Campaign which is a timely reminder about Landlords’ responsibilities. Read more >