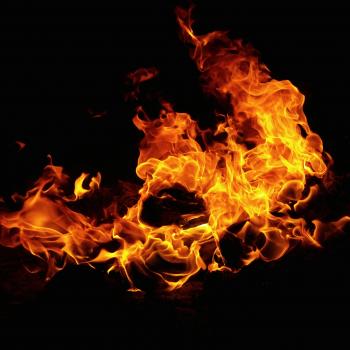 The Government have recently relaunched their Fire Kills Campaign which is a timely reminder about Landlords’ responsibilities. Home is where we all like to feel safe - it is a fundamental part of the sense of security that having our own home, whether we own it or rent it, brings.

For landlords, ensuring that tenants are safe in the homes they let is both a moral and a legal obligation.  No responsible landlord would want those renting their property to be anything other than safe; in recent years legislation has increasingly enshrined this ethical responsibility in law.

No aspect of welfare in the home is more important than fire safety. Around 200 people a year die in accidental fires in the home, and a staggering 6,000 fires are caused by electrics, including faulty appliances, wiring and overloaded sockets.

Whilst tenants themselves must take responsibility for keeping themselves safe, the law is pretty stringent in defining landlords’ responsibilities when it comes to fire safety. The professional body Propertymark has also teamed up with the government to promote ‘Fire Kills’, a campaign to spread the message of everyday fire hazards.

One of the central messages of the campaign revolves around smoke alarms. These simple devices are genuine life savers: not having a working smoke alarm increases the risk of dying in a fire by as much as eight-fold. All residential landlords (or letting agents acting on their behalf) are legally required to install smoke alarms on every floor of property let as living accommodation.

While 90 per cent of homes in the UK now have at least one working smoke alarm, a frightening 23 per cent of people say they never test them. This is where the responsibility has to be shared – landlords have to provide the smoke alarms, but it becomes the tenant’s responsibility to ensure they are functional, through regular testing.

The Fire Kills campaign is also seeking to educate people about the most common fire risk factors in the home, including candles, portable heaters, cigarettes and overloaded extension leads. One of the most common causes of fires in the home is something flammable (such as a tea towel) being left too close to a cooker.

It is right that both landlords and tenants must share the responsibility for avoiding fires in the home. The law lays down minimum standards such as smoke alarms on every floor, ensuring furnishings are fire resistant, and regular gas and electrical safety tests. But beyond what is required legally, the campaign is a great reminder that we should all work together to make very aspect of renting a home as safe as possible.

What do I need to consider about buying in a conservation area?

The title ‘conservation area’ is the name given to an area of special architectural or historical interest, as determined by the local council. Read more >

It’s not just the city which offers good buy-to-let potential – rural investors need to understand that tenants are looking for something beyond a nice property. Read more >

A RETURN TO NORMALITY?

In our world of 280 character tweets, soundbites and ever-decreasing attention spans, the pithy phrase has gained a lot of traction. Read more >