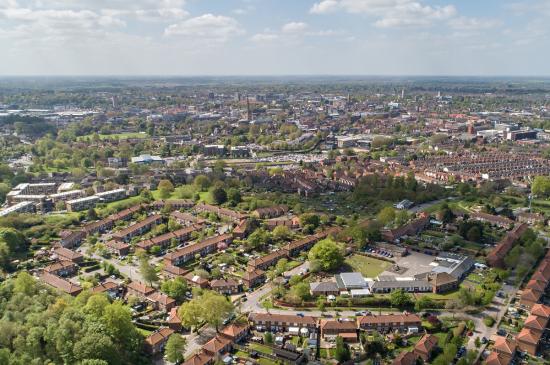 There is now less than a month for landowners to submit sites for consideration to be part of the new Greater Norwich Local Plan – possibly the best opportunity to secure development potential for parcels of land there will be for at least a decade, and possibly two.

The plan now being formulated will run from 2022 until 2038, which makes it the blueprint for a huge part of the development which will happen in much of Norwich, Broadland and South Norfolk in the short and medium term.

In short, any landowner who wants their holdings to form part of the development landscape over the coming 18 years needs to act fast.

The GNLP will replace the current Join Core Strategy, with the exception of Wymondham, Long Stratton and various villages in South Norfolk, and planners are aiming to adopt the new plan by the autumn of 2022.

There are a number of key factors for the period of development proposals covered by the new plan.  These include that future infrastructure should be considered as part of the application; that schemes must enhance the environment, not just maintain it; and that low carbon homes and buildings are a must.

When it comes to commercial development, food research, digital creative and engineering are the targeted growth sectors.

The new GNLP will be the principal guiding document for deciding development options in the coming years, so landowners who want to be part of that development really must be part of it.  The deadline for submitting additional sites for consideration is Monday 16th March, so the clock is ticking.

The good news is that there are various ways of putting land forward to be part of the plan, such as development agreements with third parties to promote the land.  So landowners who have not yet formulated detailed proposals can still make the deadline – if they act quickly.

There has already been a substantial amount of land put forward, four-fifths of which is on a diagonal axis from Rackheath, through the city, and along the A11 corridor.  Many of the 44,500 new homes be built during the lifetime of the plan are already allocated, as is 360 Hectares of employment land.  But there is still time to submit additional sites.

It is very positive that there is a cohesive, structured, long-term strategic plan being formulated; It is important to bear in mind that future development contrary to the GNLP will be difficult to secure.

The Government have recently relaunched their Fire Kills Campaign which is a timely reminder about Landlords’ responsibilities. Read more >

What do I need to consider about buying in a conservation area?

The title ‘conservation area’ is the name given to an area of special architectural or historical interest, as determined by the local council. Read more >

It’s not just the city which offers good buy-to-let potential – rural investors need to understand that tenants are looking for something beyond a nice property. Read more >