A DULL BUDGET WHICH DELIVERED SOME COMFORT FOR PROPERTY INVESTORS 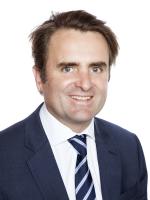 For a Budget which was billed as the most vital in many years, in the end Philip Hammond’s speech last week was decidedly dull.  But perhaps that is just as well: what we need right now is stability and certainty, and a responsible approach which balances the various economic – and political – pressures that we face.

I wrote earlier in the month that I hoped to see significant business rate reform.  What we actually got was a certain amount of tinkering, such as the decision to increase rates by CPI instead of RPI.  At current rates there is a 1.2 per cent difference between the two, so the measure is welcome, but it doesn’t address the main issue.

Likewise the ending of the so-called ‘staircase tax’, and the announcement that rateable values will be reviewed every three years instead of every five years, are positive measures which will mitigate the huge ‘cliff face’ that businesses can currently face, but again, they are simply meddling with the details.

The elephant in the room is that the current business rates system is no longer fit for purpose.  It reflects a way of doing business, particularly in the retail sector, which is years out of date.  It penalises bricks and mortar operators in favour of the online sector, as well as unfairly placing the burden on larger firms, which are often the ones which generate growth and jobs.

There was better news locally, with the announcement of funding for the third river crossing at Great Yarmouth.  Taken alongside the money already allocated for dualling the A47 at Burlingham and Tuddenham, this is a big boost for the region and will create a much better link to the port of Great Yarmouth.

Our region is too often the Cinderella when it comes to allocating budget for infrastructure projects (you may remember the constant delays to funding for the dualling of the A11), so we should be pleased that the importance of this project was recognised.

The big announcement in the Budget, though, was to do with residential property: the stamp duty sweetener for first time buyers.  This is part of an ongoing process of redressing the market between first time buyers and buy to let investors.

Whilst it is right that the Chancellor is taking measures to help younger people in particular afford a home, the private sector rented sector is also vital both economically and socially.  Mr Hammond must take care that he doesn’t let the pendulum swing too far the other way, because residential property investment is now an important part of the economy, whether he likes it or not.

If anyone was in any doubt about the importance of the housing market in the overall economy, last Wednesday’s Budget speech hammered the point home. Read more >

The Government’s recent call for evidence on ways to modernise the house buying and selling process in the UK resulted in our Group Residential Manager, Martyn Baum, being invited to... Read more >