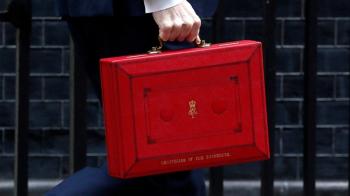 If anyone was in any doubt about the importance of the housing market in the overall economy, last Wednesday’s Budget speech hammered the point home.  Solving what is generally agreed to be a housing crisis formed the centrepiece of Philip Hammond’s second Budget.

Amongst the eye-catching measures announced was the very welcome abolition of stamp duty on properties costing up to £300,000 for first-time buyers (and on the first £300,000 of properties costing up to £500,000 which will please the London based FTBs – a rare breed!).  This is an immediate – and permanent – change which could make a big difference for younger people trying to get on the housing ladder, for whom the up-front cost of buying is often a bigger obstacle than getting a mortgage.

For a first-time buyer this could mean a cash saving of up to £5,000, which is a substantial sum.  When you put this alongside the successful Help To Buy scheme, into which the government said last month it would pour another £10bn of funding, the hope is that we will see many more new entrants to the market.

First-time buyers are vital for the entire market, because movement at the entry-level end of things gets the whole chain moving, and impacts positively all the way to the top.

The stamp duty measure is particularly pleasing, because it is immediate, and the benefit is explicit.  We won’t have to wait to see what the impact will be – we should start seeing it straight away.

Welcome as it is, the only real way to make a long-term difference to the housing problem is to increase the supply of housing, and the Chancellor announced some measures here, too.

A doubling of the Housing Infrastructure Fund to support the actual delivery of new homes, £8 billion of guarantees to help smaller house builders finance construction, and £44 billion for capital funding, loans and guarantees are all welcome – but it remains to be seen whether, and how quickly, they will make a difference.

It was striking that although we did indeed hear the much-vaunted 300,000 new homes a year promised, this will not start to be delivered until the mid 2020s – and these new homes are needed right now. Although the Chancellor also announced a separate fund of £34m to train construction workers, we remain a nation which has struggled in recent years to find enough young people wanting to train to be builders and related trades, so it remains to be seen where this work force will come from.

Announcements on a taskforce to look at why planning permissions are not being translated into new homes, and on the skills and infrastructure necessary to deliver all these new homes, were less specific.  Lots of governments have promised such things over the years, and many have failed to deliver.  And, as long as there is a mismatch between demand for housing and its supply, the issues of accessibility and affordability are not going to go away.

So two cheers only for Mr Hammond, for putting housing at the centre of his Budget, and for the boldness and immediacy of his stamp duty announcement.  We’ll reserve the third cheer until we see whether his measures to tackle the more fundamental issues actually bear fruit.

The Government’s recent call for evidence on ways to modernise the house buying and selling process in the UK resulted in our Group Residential Manager, Martyn Baum, being invited to... Read more >

Guy Gowing (our Managing Partner) will be heading to the Big Apple to tackle his first marathon at the age of 50 – in aid of Norfolk’s sight loss charity... Read more >