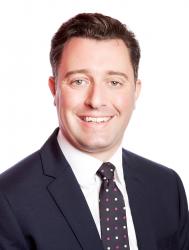 The Government’s recent call for evidence on ways to modernise the house buying and selling process in the UK resulted in our Group Residential Manager, Martyn Baum, being invited to take part in a housing debate on BBC Radio 4 Moneybox programme and on BBC 5live Drive.

On Moneybox, hosted by Louise Cooper, Martyn was joined by Paula Higgins, CEO of Homeowners Alliance and Beth Rudolf of the Conveyancing Association. The programme consisted of a live phone in and debate around possible solutions to speed up the time from agreeing an offer to the exchange of contracts. The conclusion from the discussion was that positive initiatives such as providing a purchaser with as much information as possible at the earliest opportunity would enable them to make a more informed decision whilst also reducing the amount of waiting time between agreeing an offer and legal exchange of contracts. This strategy causes concern and could actually prevent sellers from reacting quickly to enter the market when their dream house becomes available. Whatever steps are taken by the Government sellers and buyers do need more certainty when entering a house transaction and immoral practices such as gazumping and gazundering are fundamentally wrong for all parties.

BBC 5Live Drive further picked up the subject with a broadcast centred around the gloomy prediction, made in a recent report by the Royal Institution of Chartered Surveyors (RICS), for the housing market in East Anglia. Our stance was to reassure buyers and sellers in the region that as the largest firm of Chartered Surveyors and Estate Agents we are seeing strong demand for people to move and relocate to Norfolk with sellers achieving good prices for their property.

Arnolds Keys continues to call for the Government to rethink the stamp duty surcharge for those purchasing a second home and to consider helping first time buyers in this week’s budget announcement.

Podcasts of the discussion are available on BBC iPlayer.

Guy Gowing (our Managing Partner) will be heading to the Big Apple to tackle his first marathon at the age of 50 – in aid of Norfolk’s sight loss charity... Read more >

The publication of a new valuation ‘Red Book’ – more properly titled ‘RICS Valuation, Global Standards 2017’ – may at first glance be of interest only to surveyors and other... Read more >