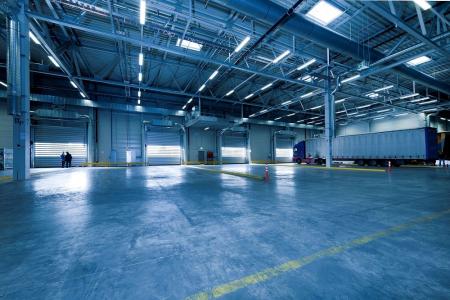 They say it’s an ill wind which blows nobody any good, and the pressures which are creating challenging times for bricks and mortar retail are the very things which are creating good opportunities for investors in other types of commercial property.

For the past couple of decades, rental returns on warehousing and light industrial buildings have been pretty stagnant.  With limited growth in manufacturing, much of the optimism in commercial property investment had been in the retail sector.

However, the growth in particular of consumer distribution businesses – driven by online shopping and in our desire for home delivery– is reversing this trend, and we are now seeing rents for industrial units reaching previously undreamt-of levels: beyond £7 per square foot for good quality new small buildings.

Some of this is coming from a boom in the service sector, with trades in particular creating demand for small-scale units.  But the vast bulk of the growth is in distribution, and this is coming as much from the archetypal ‘white van man’ as it is from the established bigger players.

Not only are the major online retailers such as Amazon creating work for many small-scale distribution companies (and indeed, self-employed sole traders), but we have also seen considerable success amongst smaller local retailers, many of whom are cracking that elusive ‘clicks and mortar’ model, combining traditional shop-based retails with their own online operations.

A good example of this is jewellery business Lisa Angel, which last week opened a new store in the Chapelfield shopping centre, but which is also a global online retailer with sales of £5 million.

What does this mean for the commercial property investor?  The answer is that it presents considerable opportunities, particularly at the small and medium level – and most importantly, the time is finally arriving for speculative new-build of industrial units to be back on the agenda.

As ever, location is crucial; for businesses which have high numbers of traffic movements, being sited somewhere accessible, and with good road links, is vital.

The opening of the Broadland Northway (Norwich Northern Distributor Road) has opened up many opportunities for investment north of the city, and we expect to see steady development of industrial units in this location.  Towns such as Aylsham , which were previously too isolated to be considered seriously for distribution centres, are now coming into play.

‘White van man’ may be something of a cliché, but it’s a ubiquitous one.  There are over four million vans on the road today, up by more than a quarter in the last decade (and in fact, more than half of those are white).  They reflect a change in our economy which whilst putting the squeeze on the High Street, is opening up new opportunities for savvy investors in other types of commercial property.

Like so much in life, when it comes to our homes, size matters. But a recent survey suggests that there comes a point when bigger isn’t really better. Read more >

Dozens of new, bright red ‘For Sale’ boards will be springing up around the county this weekend as Norfolk-based estate agent Arnolds Keys introduces its striking new branding. Read more >

Barely a week goes by without someone having a pop at private landlords in the press, and this week has been no exception. Read more >

Tips for buying a ‘Doer Upper’

Traditionally demand for properties in need of renovation has been largely driven by builders and buy-to-let investors, who have had the ability to buy and the budget to take on... Read more >