About Us | Blog | THINKING ABOUT THE ‘C’ WORD
Tweets by @ArnoldsKeys

THINKING ABOUT THE ‘C’ WORD 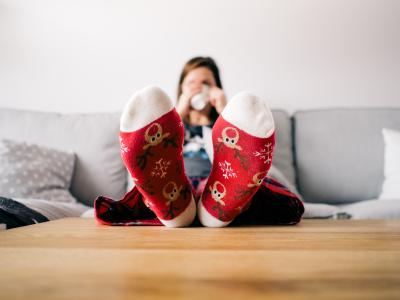 With the sun still shining and the kids still on holiday, I hesitate to mention this, but we need to talk about Christmas (sorry).

It may seem odd to be thinking about Santa Claus and dark winter nights in the height of the holiday season, but the festive period is often viewed by house buyers and sellers as a kind of deadline; how often do we hear the phrase ‘we want to be in by Christmas’? Well, the reality is that if that is your aim, you need to be acting right now.

On average, the time taken between agreeing and offer and exchange of contracts is 13 weeks; at Arnolds Keys we have managed to shave a week off that through proactive management of the process, but nevertheless, if you want to move by Christmas, that means you only have six weeks to find a buyer for your property.

If like many, you don’t even think about getting your property on the market until the kids have gone back to school, that window will then have shrunk to just four weeks. As ever, it’s much better to steal a march on the crowd and act as early as you can.

There have been a couple of recent pieces of news which are causing some sellers to hesitate momentarily: the rise in the base rate from 0.5% to 0.75%, and the news from Rightmove that average asking prices dropped slightly in the last month.

It is really important to understand the realities behind the headlines, because the fact is that demand in the market is still very strong, and in Norfolk it is very much ‘business as usual’.

Let’s take the issue of prices first: the vital thing here is that it is asking prices which have fallen. Actual selling prices rose a little in July, and are about 2.5 per cent ahead of 12 months ago. The fall in asking prices simply reflects a more realistic approach by vendors, who are starting to realise that greedy, inflated asking prices can simply lead to a property ‘sticking’ on the market and probably eventually selling for less.

As for interest rates, the rise this month is the first since 2009, and because of that it has been a bit of a shock for some people. However, even the new rate means that mortgage finance is incredibly cheap, and most commentators agree that there is little prospect of another rate rise for some time.

Lenders don’t seem in any hurry to raise rates, and the £25.70 a month that the rate hike will cost the average mortgage holder is a pretty small one in the greater scheme of things (especially with a historically low unemployment rate and year-on-year wage growth running at 2.4 per cent).

The market is very resilient at present, so finding a buyer and being in your new home by Christmas is a realistic prospect – but only if you are prepared to get up off the sunbed and get moving.

As interest rates start to creep up, attention will increasingly be focussed on the returns to be made from various types of investment – and some commentators have questioned whether... Read more >