About Us | Blog | Going eco
Tweets by @ArnoldsKeys 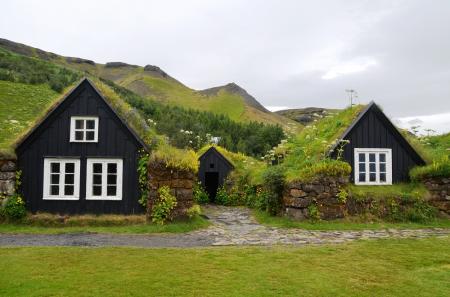 Given the importance we now put on environmental considerations, it is surprising to realise that Energy Performance Certificates (EPCs) for residential properties were only introduced in the UK 11 years ago.  At the turn of the millennium, energy efficiency was generally well down the list of buyers’ priorities – hard to imagine given that the concept of the ‘eco-home’ is now well established in the property market.

There are two reasons for sustainability soaring up the agenda for house buyers.  The first is a genuinely-held belief by many people that we need to address how we are using the planet’s resources, and modify our behaviour to make our lives more sustainable.

If we are honest, another and probably equally important factor which has focussed many people’s minds on energy performance has been the relentless rise in the cost of gas and electricity.  Ensuring our homes are efficient not only safeguards the planet, but our bank balances as well.

Those are things which we can all understand.  But whilst terms like ‘eco-home’ are widely bandied about, there is less clarity on what we mean by the term.

At one end of the spectrum is the simple EPC rating, which gives an indication of the overall energy performance of a property, taking into account factors such as insulation levels and the efficiency of installations such as the heating system.

I like to define an eco-home as one which is designed and built in such as way as to reduce energy consumption and waste, which minimises the building’s negative impact on the environment, and which is constructed as part of the larger ecology of the planet.

The government has a role in helping combat this, and initiatives such as EPCs and stricter Building Regulations play their part.  But ultimately it will only be education, peer pressure and a collective change in attitude which will really make a difference.

This isn’t just about new homes, although consumer expectations are certainly driving house builders to construct properties with standards far ahead of the regulatory minimum.  That consumer pressure is starting to have an impact on the second-hand market as well; eco-improvements such as better insulation and even rainwater harvesting butts are increasingly looked on favourably by buyers.

While very few existing properties (or new ones for that matter) will ever be carbon-neutral, the sustainability levels of a home are increasingly forming part of the buying decision; going eco is lending a warm glow to a property’s saleability.

Last month I wrote about the challenging conditions facing investors in retail property, and how understanding the changing nature of that sector is vital to success. Read more >

“There are three kind of lies: lies, damn lies, and statistics.” So said 19th century prime minister Benjamin Disraeli, and whilst he was referring to the (even then) common practice... Read more >

Twenty members of staff from members of the Norwich & District Association of Estate Agents are celebrating completing a ground-breaking training initiative - the first of its kind in the... Read more >