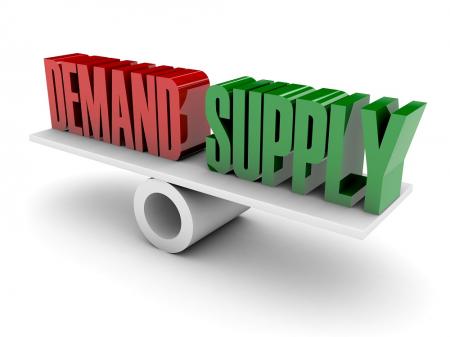 We have previously outlined how the demand for industrial buildings in the county is outstripping supply, due to the buoyant demand for warehousing and distribution buildings in particular, a situation exacerbated by a lack of supply caused by low levels of development over the past two decades.

This ongoing situation is having two main consequences for the market: the first is that occupiers are having to widen their geographical search area to find the right premises for them: the second is that we are getting close to the point where at last we may see the start in some speculative development in industrial buildings, which will, in the medium term, help balance the market.  Speculative development has historically been difficult to achieve due to patchy demand and low rental levels.

Prime industrial units are attracting strong interest, and as well as putting upward pressure on rents (hence increasing returns for investors).  Whilst some occupiers will have constraints on their search area we are increasingly seeing unsuccessful applicants for such buildings being forced to widen their search area, to include to market towns with good road access.

This has in turn led to vacancy rates dropping in these places, putting pressure on rents in these traditionally secondary locations.  Key beneficiaries include market towns served by the A1270 Broadland Northway, A11 and A47, and the ripple effect is spreading further afield.

The mismatch between supply and demand is unlikely to be rebalanced through a fall in demand anytime soon, even if some companies have undoubtedly put searches on hold as they await the results of the final months of the Brexit negotiations.

So the spotlight is starting to focus on the supply side of the market, with rising rents making speculative development an attractive prospect after many years during which there has been precious little of this in the industrial sector.

Whilst institutional lenders to developers will still want to see a pre-let for large-scale developments, developers and landowners with serviced sites and planning in place for small scale schemes are in pole position to move ahead and benefit from both the owner occupier and investor demand.

With the high street retail property market, once investors’ prime focus, now facing well-publicised pressures of its own, it could be the industrial and warehousing sector which drives a boom in speculative development, with an unbalanced market giving developers a good chance of securing occupiers and strong demand from investors.

With little land availability on current employment areas in and around Norwich, the availability of land allocated for all employment use’s is the critical factor in making this happen. The question remains where Norwich’s next large industrial areas are going to be allocated.  The Broadland Northway, A47 and the A11 corridor are prime candidates, offering as they do good road links and proximity to the main centre of population in the county.

But given that occupiers are increasingly willing to look further afield to alternative areas to secure the right premises, we shouldn’t be surprised to see new industrial buildings being built speculatively right across the county – which can only be a good thing for the wider economy.

Last month I wrote about the challenging conditions facing investors in retail property, and how understanding the changing nature of that sector is vital to success. Read more >