About Us | Blog | The future looks...murkier than ever!
Tweets by @ArnoldsKeys

The future looks...murkier than ever! 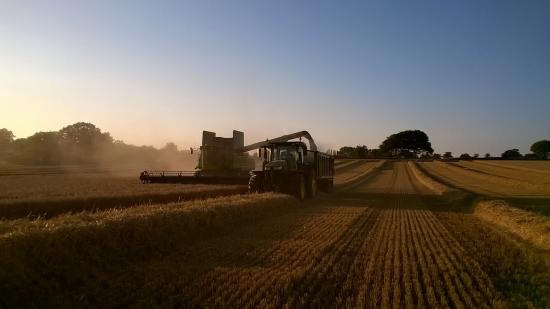 What a week! As a heatwave sweeps the country harvest is in full swing here in Norfolk, not to be hampered by the odd thunderstorm. The winter barley crops seem to be showing good yields despite the lack of rain earlier in the year, with expectations exceeded on both light and heavy land.

And now Boris Johnson is Prime Minister, having been named the winner of the Conservative leadership contest. With the (current) deadline for Brexit just three months away, NFU President Minette Batters has urged Mr Johnson to do everything he can to ensure a smooth Brexit, insisting free and frictionless trade with the EU is crucial. The President for the CLA, Tim Breitmeyer, has also emphasised that a “No Deal” scenario should not become the political default option.

At this early stage we do not know what the new Prime Minister has in store for British farming, an industry that contributes more than £120 billion to the economy and employs almost four million people. The leadership race itself did little to bring the detail to the fore.

Immediate concerns tend to focus around the likelihood of us leaving the EU without a deal. Whether a “No Deal” exit would be passed by Parliament is questionable, but we note that when speaking to farmers in Cumbria on 9 July Mr Johnson said that the industry had to prepare for a no-deal outcome; does this suggest he would dare to try, as opposed to negotiating another extension? The way to prepare, claimed the then would-be Prime Minister, was by ensuring farmers have “proper protections” and “are given the insulation they need.” Of course the specifics of those protections remain elusive.

And what about farming subsidies? We think it unlikely that the decision to phase out the current system will be reversed, but is there scope for a reformed subsidy system instead?

The All-Party Parliamentary Group on Hill Farming, chaired by former Liberal Democrat leader Tim Farron, has this week agreed to lobby Government to continue BPS payments until 2024. And an extension may well be sensible. Concerns have been aired following a first glimpse of England’s post-Brexit agricultural policy that the new Environmental Land Management scheme (ELMs) is unlikely to be ready to start trials in 2021, or even 2022. Any delay pre-trials would likely have a knock-on effect on the intended launch in 2025.

What next then? Well, love him or hate him we are certainly in for an interesting few months with our marmite Prime Minister and we will be watching closely to see what direction Mr Johnson takes, assuming he can gain sufficient support. In the meantime it is full steam ahead for what we hope will be a successful harvest season; see you on the other side!

The thorny issue of second and holiday homes has once again come to the fore, following a spoof ‘blue plaque’ which appeared on the wall of the pharmacy in Burnham... Read more >

Why Landlords are seeing rising rents

Fewer rental properties and competing tenants are driving up yields. It’s unarguable that landlords have taken a bit of a beating over the past year or two, with changes to... Read more >

NET ZERO AND ITS IMPACT COMMERCIALLY

BE PREPARED – OR FACE A LONG WAIT

The property market is one which loves statistics, and we are often deluged by facts and figures, with a huge variance in their accuracy and usefulness. Read more >