NET ZERO AND ITS IMPACT COMMERCIALLY 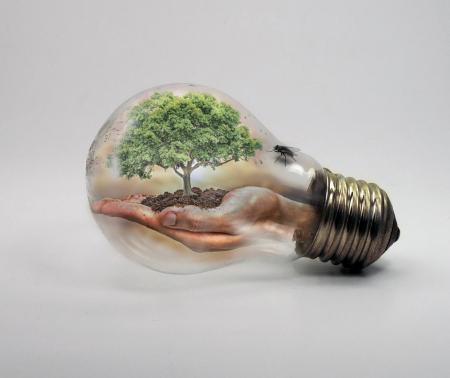 The headline-grabbing comments about Brexit during John Humphries’ interview with Bank of England governor Mark Carney last week meant that his answer to another important question went largely unreported.  Asked where he saw the next financial crisis coming from, Carney was clear: climate change.

The Bank chief said that one of the biggest challenges facing the UK economy was adapting to a world in which fossil fuels will play a minimal part.  Theresa May’s final act as PM was to announce that the UK will be a ‘Net Zero’ carbon economy by 2050 – and this will have a fundamental impact on the investment choices we all make in the coming years, including commercial property investment decisions.

The combination of this political decision and increasing consumer pressure (typified by growing activity by groups such as Extinction Rebellion) means that occupiers of commercial buildings are already making moves to reduce their carbon footprint, and one of the ways that is manifesting itself is in their choice of buildings.

If commercial property developers and investors don’t grasp this fact, they face being left with property which occupiers will simply not want to occupy.

Where once sustainability was low on the requirement list, increasingly for large corporations it is coming to the top, and rightly so.  It is inevitable that this will start to apply to smaller businesses as well.

New commercial buildings being constructed now will still be in use in 2050, so they need to be ready for this new Net Zero Carbon world.  In investment terms, 30 years is really not a long time.

In some ways Norfolk is well placed to take advantage of this growing importance of sustainability.  Although fossil fuels have been an important part of our economy during the last 50 years, it is renewables where the growth is now coming.

In commercial property terms, that means new investment opportunities, such as the Great Yarmouth Energy Park, a 50 acre site next to the town’s outer harbour with Enterprise Zone status, where the emphasis is firmly on capitalising on the economic opportunities which the drive to sustainability will bring: decommissioning oil and gas terminals, and all the activity around the burgeoning East Anglia Array wind farm.

But in fact the drive towards Net Zero will affect the entire commercial property market.  All occupiers, faced with customer pressure to up their environmental game, will be seeking buildings which are energy-efficient and demonstrably sustainable.

For many investors, this will mean rebalancing their portfolio over the coming years, just as the overall economy will have to adapt.  If we do not, we face a financial crisis that has the potential to put the credit crunch of ten years ago in the shade.

BE PREPARED – OR FACE A LONG WAIT

The property market is one which loves statistics, and we are often deluged by facts and figures, with a huge variance in their accuracy and usefulness. Read more >

Countryside Stewardship and beyond?

Earlier this month the National Audit Office published their “Early review of the new farming programme” which examined DEFRA’s approach to developing the Future Farming and Countryside Programme. Read more >

SECTION 21 REFORM: NO NEED TO PANIC

Here’s a tip for when you are reading news papers: always look beyond the headlines. It is, of course, the job of the headline writer to draw in the reader,... Read more >

ALL GOOD THINGS MUST COME TO AN END

Changes to planning regulations rarely make waves beyond the development community, but four years ago the government introduced a change which has had a profound – and generally positive –... Read more >