PLENTY OF SPARK ON THE ROAD TO DEVELOPMENT IN NORFOLK 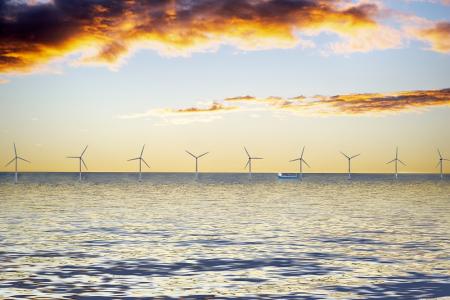 The UK population continues to increase, and as it does so we are sure to encounter growing pressure on our finite land supply – here in Norfolk we are already seeing this, with the resulting uncertainty for many in the farming sector, right at a time when there are already enough question marks about the future.

Aside from the obvious need to produce more food and build more houses for all those extra people, there are significant infrastructure implications, and it is these as much as anything which are exercising the minds of many in the Norfolk agricultural community.

One particular concern is the growing demand on the UK’s electrical infrastructure (not just from a growing population, but from a seemingly unstoppable move towards electric vehicles).  Additional power input is required, and in our part of the world the focus is firmly on offshore windfarms.  Given the coastal nature of our county, and the abundance of wind, this is sensible – but it is not without an impact on onshore land use.

We have already seen the Sheringham Shoal and Dudgeon offshore windfarm schemes requiring onshore cable corridors running from the coast to existing and new electricity substations.  The well-publicised Orsted and Vattenfall windfarms, both in planning, will lead to many years of disruption to farming businesses and surrounding communities.  Then last autumn a new scheme was launched by Equinor.

Given the need for more sustainable power generation, it’s difficult to argue against proposals for this extra capacity to be from renewable sources, but at what cost to the Norfolk countryside?

What is less acceptable is that the routes for these cables are generally the same, so farmers are facing the prospect of diggers coming in to lay cables alongside those which have just been installed in recently completed schemes.

Farmers’ principal asset is the soil, and it could take years to recover from these repeated excavations, and with what long-term impact?  Compensation is all very well, but it doesn’t take into account the fact that farmers won’t be able to farm their land and produce food.

Alongside all of this we are also now entering into the process of deciding the route of the ‘Western Link’ of the NDR (Broadland Northway) and the A47 improvements are moving ahead..  Our roads are congested, and we need to ensure that there is ample and safe access around the county, but all of this also comes at a cost to farms and estates: land taken for the road itself, noise, drainage, and so on.

Often the design of these roads doesn’t take into account what will be left once the tarmac is laid.  Farmers are frequently left with two small, next-to-useless slivers of field either side of the new road, when the route could have been adjusted to leave more sensible, workable blocks of land.  Road designers tend to look at what is needed now; we land agents have to look beyond that and try to think about how to mitigate the effect for the future and the next generation.

It is ironic that at a time when a General Election has largely removed the political paralysis and uncertainty which has dominated the last couple of years, that for those affected by these big infrastructure schemes, uncertainty remains in abundance.

A CONFIDENT START TO THE YEAR

We have dusted off the crystal ball and taken a look at what the new year is going to bring for the residential property market in Norfolk. Read more >

Like him or not, the ‘Boris Bounce’ saw stock exchange values of property companies rise by 12% immediately after the election. Read more >

It’s crystal ball time again, as we start the new year. How will the next 12 months pan out for investors in commercial property? To answer that question requires an... Read more >