About Us | Blog | AN IMPORTANT REFERENCE POINT
Tweets by @ArnoldsKeys 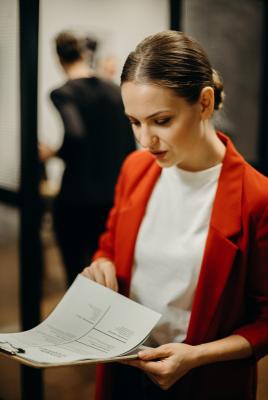 If any landlord has been tempted to skimp on checks on prospective tenants following the fee ban in June 2019 then we have a salutary lesson for them.

Recently we have seen a case of a potential tenant applying to occupy a property, and, as you would expect, providing supporting referencing documents, including bank statements showing income and outgoings.

At first glance, everything seemed in order, and a less than attentive landlord might be forgiven for accepting the application and going ahead and signing the tenancy.

However, what became clear on closer examination by the professional referencing agency was that the bank statements appeared to have been ‘doctored’, suggesting that the prospective tenant’s income was higher than it actually was.

Had this not been spotted, the tenancy might very well have been entered into, and the tenant may well have found themselves in the position of not being able to pay the rent from their real, much lower, income - leading to months of hassle and a big potential loss for the landlord.

Cases like this show the importance – and value – of using professionals to do the job of screening applicants and checking references.

In this case the damage would have been financial, but if a similar situation arose as part of the ‘Right To Rent’ process (by which landlords have to establish that the applicant is not living in the UK illegally), the consequences could be even more severe, with a court appearance and potential fines running into thousands of pounds in prospect.

Unfortunately, the digitisation of many of the documents involved in the referencing process, coupled with increasingly sophisticated and available tools such as Photoshop has made this kind of fraud all too easy.  And most landlords lack the skills or resources to spot such deceit.

Although the tenant fee ban means that the cost of such checks cannot now be passed on directly to the tenant, the potential cost to a landlord of stinting on those checks is huge, both in financial terms and hassle.

Of course, such cases are few and far between.  But are you confident that you would be able to spot the fraudster trying it on?

Like him or not, the ‘Boris Bounce’ saw stock exchange values of property companies rise by 12% immediately after the election. Read more >

It’s crystal ball time again, as we start the new year. How will the next 12 months pan out for investors in commercial property? To answer that question requires an... Read more >

Our Operations Partner Jan Hÿtch talks us through Christmas in different properties... I’m not going to lie - having earlier this year moved to a modern riverside townhouse in... Read more >

MASTERING THE TRANSITION FROM EDUCATION TO THE WORKPLACE

All over Norfolk, 2019 graduates are coming to the end of their first few months of life in the actual workplace. Read more >