One of the most interesting collections of farmer-owned vintage tractors and farm machinery in the country will be going under the hammer in Norfolk later this month, when the collection amassed by the late Billy Hammond is auctioned at Manor Farm, Aldborough on 15th September.

The collection, which includes tractors dating back to the 1930s, rare 1940s and 1950s American Minneapolis Moline tractors, and a 1930s Belle City corn thresher, was the lifetime’s work of Billy Hammond, who died in July, aged 94.

Mr Hammond served as president of Holt & District Farmers Club for 17 years, as president of the Aylsham Show, and as chairman of Aylsham Growers, during a farming career which stretched from before the Second World War until shortly before his death.

He was probably best-known as a leading collector of vintage and veteran farm machinery and tractors, which was used at practical events including the Tunstead Trosh.

Now the extensive collection is to be auctioned off by Arnolds Keys Irelands Agricultural at the family farm in Aldborough, north Norfolk, with interest already being expressed by enthusiasts right across the UK and beyond.

The 521 lot sale includes 22 tractors form the Hammond collection, as well as six combines and threshers, as well as a wealth of other farm machinery and miscellaneous historic items.

“This is without doubt one of the most interesting and unique collections of historic tractors and farm machinery anywhere in the county,” said Simon Evans of Arnolds Keys, who will be leading the Auction on 15th September.

“Billy Hammond had a national and indeed international reputation as a collector of and expert on vintage machinery, which he didn’t just leave shut away in a barn – he loved to bring his tractors out to demonstrations and agricultural events, so that their memory could be kept alive.”

Billy Hammond’s son Jack Hammond said that his father’s passion for collecting vintage machinery was initially a surprise to the family.  “In the mid 1980s engines and tractors suddenly started appearing on the farm,” he recalls.  “It took us by surprise at first.

“It started when he wanted to buy either the actual tractors which he had used when he started farming, or else the same model and vintage. When he retired he immersed himself in collecting all over the UK and further afield, especially in the US. You could say it became an obsession.

“Dad was passionate about the machines. He was fascinated by the history and by how farming had changed so much over his lifetime, and carried on collecting until he ran out of space.

There is a real community of collectors, and we hope that some of the collection will end up in the hands of those collectors, who will continue Dad’s passion for the tractors and machinery."

The auction takes place on Wednesday 15th September at 10.30am, at Manor Farm, Aldborough, NR11 7NR.  A full catalogue can be found at www.arnoldskeys.com/agricultural-irelands/auctions/current-auctions. 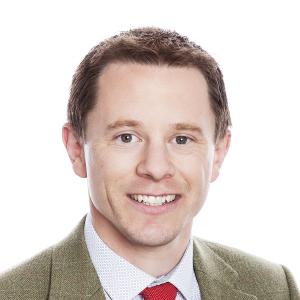 The future of an iconic historic Norwich building has been secured with the news that the tenancy of the Briton’s Arms on Elm Hill in the city is to be... Read more >