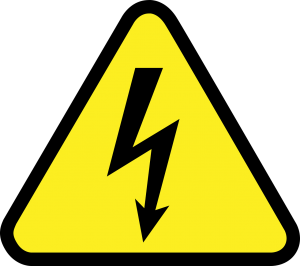 Whilst some landlords might complain about the amount of regulation which is being imposed on them, it is difficult to argue with rules that are designed to ensure the safety of tenants.

Mandatory smoke detectors, carbon monoxide alarms and regular gas safety checks are now an accepted part of renting out a residential property, and few would want to go back to a time when such basic safety measures were not in place.

However, one area which has not been covered by this kind of regulation is electrical safety – which you might say is rather shocking.  As well as the risk of electrocution through badly-maintained wiring and electrical installations, many fires start through electrical faults.  It seems strange, then, that electrical safety checks are not mandatory.

Apparently the government agrees, which is why compulsory electrical installation checks are on the way for landlords. The implementation date has not yet been announced, but it is likely that within the next few months, residential properties will need an electrical installation condition report (EICR) before a new tenancy can be entered into – and within two years, this requirement will apply to existing tenancies as well.  Tough financial penalties will apply to landlords who do not comply.

Apart from the obvious reason of protecting your tenant (and indeed your property), there is a good argument for getting an EICR done now, and not waiting until it is mandatory.  With a limited pool of suitably qualified electrical contractors to carry out these checks, it’s likely they will be in high demand once the new rules come into force, and a delay might mean leaving a property empty rather than being able to enter into a new tenancy.

Of course, all of this means extra cost for the landlord.  Not only is the inspection itself expensive – expect to pay upwards of £130 for a two bedroom house, and more for bigger properties – but if the it reveals work which needs doing, this will have to be carried out before you can enter into a new tenancy.

Older properties in particular are likely to require remedial work to bring their electrical systems up to current standards, even if they were compliant when they were built.  Even homes built 20 years ago are unlikely to comply, with plastic consumer units fitted rather than the metal ones now required, for example.

These electrical certificates will need to be renewed every five years.  As well as the financial penalties, failure to comply could well mean the landlord forfeiting their Section 21 rights, which means it may be difficult to take back possession of their property.  So it will be essential to conform to the new rules.

The message is clear: landlords should act now to ensure they have an EICR if they want to avoid a nasty shock in the near future.

What to look for when purchasing a leasehold property

The last few years have seen much negative publicity for leasehold properties, driven in large part by some house builders marketing their new homes on a leasehold basis inappropriately. Read more >

At the end of last year the Government put forward their proposals to phase out the Basic Payment Scheme (BPS) in favour of a new Environmental Land Management (ELM) scheme. Read more >

WHY TAKING SPECIALIST LANDLORD INSURANCE IS THE BEST POLICY

We are all familiar with home insurance – for homeowners, taking out buildings and contents cover is second nature, and most tenants will at the very least cover their own... Read more >

For many, rent for business premises represent one of their biggest costs. Whether it’s paying for a high profile retail unit, taking a lease on modern offices, or renting enough... Read more >