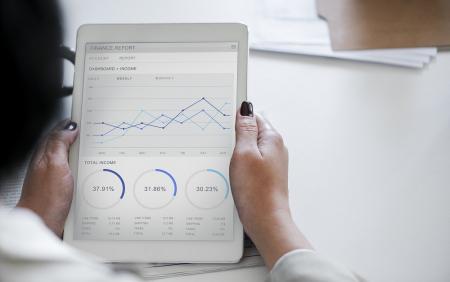 For many, rent for business premises represent one of their biggest costs.  Whether it’s paying for a high profile retail unit, taking a lease on modern offices, or renting enough factory and warehousing space to operate efficiently, almost every business will spend a significant proportion of its budget on the building it occupies.

This fundamental need is the reason that commercial property remains an attractive proposition for investors.  But given that many leases stretch far into the future, how can landlords and occupiers alike ensure that future rent will reflect the true value of the building – giving occupiers a reasonable cost for their businesses, and investors a fair return on their capital?

The answer lies in the rent review, a necessary and fundamental part of any lease, and yet something which can cause a disproportionate amount of hassle.  Given that it would be an odd economy indeed where premises costs didn’t change at all over the source of, say, a 15 year lease, you could argue that landlords and occupiers alike should be approaching every rent review with a rather more collaborative attitude.

Of course, investors will want to maximise their returns, while businesses will want to minimise their costs.  Ultimately a balance has to be found which is fair to both parties – and which, in these uncertain times, is sustainable as well.

Unless the amount of the rent increase is written into the initial lease (linked to RPI, for example), then each rent review will be a negotiation process after careful understanding of the market forces.  Usually the landlord, with the help of a surveyor, will assess what the market rent should be, based on what comparable properties are achieving.

If landlord and tenant cannot find common ground, a rent review can be referred to arbitration or independent determination (depending on the terms of the lease), but only as a last resort.  Not only is it time-consuming, but it is costly, and those costs can be awarded against either party.  Generally, it is better to reach a negotiated settlement which works for both.

It is the quality of that evidence which is key.  A compelling case in such negotiations will be based on clear examples of the rents that comparable buildings in comparable locations are achieving.  Obviously this is easier in the case of a parade of identical shop units, or a business park of identical industrial units, and more difficult for larger, unique buildings.  As ever, expert advice is key, and can save a lot of money in the long run.

A commercial rent review is a technical process which needs careful consideration based on available evidence reflecting the detailed lease terms.  Whilst an element of negotiation is required, it should not be a continuous exchange of figures in an attempt to reach agreement.

A big dose of realism is also called for.  If being too greedy will put at risk the viability of the lease itself, it’s would be a rather counter-productive strategy.  As in all negotiations, the best result is always a win:win.

Depending on your personality type, the term ‘downsizing’ will either see your appetite whetted for a good clear out, or make you break out in a cold sweat at the... Read more >

Why it pays to be prepared

For everyone involved in a property sale, there is nothing more frustrating than when a buyer pulls out of the deal between making the offer and exchange of contracts. Read more >

Technology and how is it impacting the property industry?

Proptech has revolutionised our industry and enables our clients to receive a far better and more efficient service. However it does not make a great estate agent. Read more >

East Anglia’s Air Ambulance service is celebrating a £11,000 windfall, after staff at a Norfolk property firm spent a year raising cash through a variety of fundraising activities. Read more >