GETTING USED TO THE NEW NORMAL

As part of his Covid economy protection measures, last July Chancellor Rishi Sunak announced that stamp duty would be suspended on residential property purchases up to £500,000 which completed by the end of March 2021. 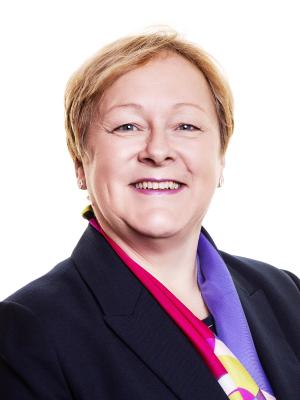 This well-meaning measure served to pour petrol on the already burning fire that had been created two months earlier in May, when the government allowed the property industry to go back to work to enable people to move home again.

At the time, this accelerant created unprecedented level of activity in the buying, selling and rental arena.  It created the most prolific buying frenzy we have seen in the UK since the abolition of mortgage interest relief in the late 1980s.

Some argue that the stamp duty concession was entirely unnecessary, because the market was already strong enough.  For others, particularly those buyers who have benefited from the stamp duty saving, it was an unexpected and pleasant surprise – especially first time buyers, who discovered that this enabled them to accelerate their ability to purchase by a year or more, since they found they had therefore now saved enough money to cover their deposit and fees.

Early this year, Mr Sunak took the decision to extend the stamp duty holiday by a further three months until 30th June, introducing a tapered version between 1st July and 30th September, with stamp duty payable only on the amount above £250,000.

Analysts will no doubt pour hours of time into working out how the market would have performed without the stamp duty incentives, driven purely by people’s desire – much of it caused by the pandemic - to move and live in different spaces.

The ‘cliff-edge’ deadlines did put pressure on buyers, sellers and their legal advisers, not to mention removals firms.  Many of us urged the government to allow the concession on deals which had exchanged by the deadline rather than completed, but these calls fell on deaf ears.

So with the final deadline next week, and with the furlough scheme also winding up on that date, ‘normality’ is potentially restored.  Some commentators are suggesting that this will bring about an abrupt dip in the housing market, but the evidence suggests otherwise – at least for the time being.

Right now, buyers are finding there is a bun-fight for every property that comes to the market, due to lack of supply of properties coming up for sale. This is a hangover from the feverish activity of the past 18 months, and it is not going to suddenly go away.  Expect it to be a seller’s market for the next few months at least.

However, there is sure to be a correction, not in terms of price drops, but in the form of a slowdown from the current whirlwind.  That’s not necessarily a bad thing, as a market balanced between supply and demand is much more sustainable.  But vendors who wish to take advantage of a sellers’ market need to be aware that the end of the stamp duty concession will eventually signal a more normal market – whatever ‘normal’ is going to look like in our post-Covid world.

Norfolk-based property services firm Arnolds Keys has appointed Harry Downing as a land and development commercial surveyor in its Commercial Property department, where he will be involved in residential development... Read more >

A GRADUAL RETURN TO NORMALITY

An important step towards post-Covid normality is about to happen for residential landlords, with the news that the notice periods they need to give to tenants to take back possession... Read more >

News of Michael Gove set to be the new Housing Minister has mixed reception in the housing sector.

The news that Michael Gove is to be the new Housing Minister following Boris Johnson’s reshuffle has had a mixed reception in the housing sector. Read more >

One of the most interesting collections of farmer-owned vintage tractors and farm machinery in the country will be going under the hammer in Norfolk later this month, when the collection... Read more >