About Us | Blog | Countryside Stewardship and beyond?
Tweets by @ArnoldsKeys

Countryside Stewardship and beyond? 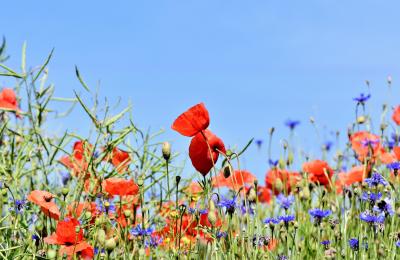 Earlier this month the National Audit Office published their “Early review of the new farming programme” which examined DEFRA’s approach to developing the Future Farming and Countryside Programme. The UK’s departure from the EU has been delayed until October 2019 (unless something can be agreed beforehand) and as time flies by we wondered how DEFRA was getting on in developing the UK’s alternative to the Common Agricultural Policy.

The key findings of the review made for interesting, and at times alarming, reading. Of particular concern is the suggestion that DEFRA do not yet have a plan as to what needs to be achieved under the ELMs pilot, nor have decisions been made as to how much will be paid. With the pilot due to commence in 2021 we do not expect to have detailed information until the middle of next year, leaving farmers little time to decide whether or not to participate.

DEFRA is said to have recently scaled back its ambitions for the level of initial take up, reduced from 5,000 farmers signing up in the first year, to 1,250. Nevertheless it is hoped that by 2028 around 82,500 farmers and land managers will be enrolled on the scheme; this compares to just under 20,000 agreements after 4 years of the current Countryside Stewardship programme.

The justification for such numbers appears to be the loss of direct support, but it would appear oddly optimistic and unsupported. Achieving this target must surely depend upon how farmers look to fill the void left by the loss of direct payments, and other options exist which may offer a greater level of certainty sooner. Between now and then how many farmers will look closely at the way their business is run and, in light of the continued uncertainty, adapt to a future without direct support? How many will look to make the most of diversification opportunities? How many, contrary to the aims of ELMs, will look to intensify their farming practices?

If DEFRA truly want a high level of participation the new programme must be a considered and organised, and offer a long term solution. A realistic approach to its piloting and timeframes are vital in ensuring the scheme is not rushed into place thus requiring multiple adaptations at a later date. DEFRA’s approach should reflect the industry it represents; farm businesses make plans years in advance and decisions made at government level should be timed to reflect the farming calendar. And hopefully, with a fair wind, payments will be made on time!

SECTION 21 REFORM: NO NEED TO PANIC

Here’s a tip for when you are reading news papers: always look beyond the headlines. It is, of course, the job of the headline writer to draw in the reader,... Read more >

ALL GOOD THINGS MUST COME TO AN END

Changes to planning regulations rarely make waves beyond the development community, but four years ago the government introduced a change which has had a profound – and generally positive –... Read more >

Time for a Rain Dance?

Following a dry start to the year, farmers and growers are bracing themselves for a challenging summer. Read more >

A new piece of research has suggested that single people are being gradually squeezed out of the housing market – but while it’s certainly true that buying a home on... Read more >