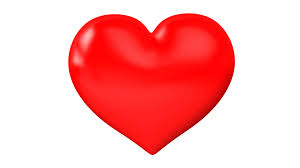 A new piece of research has suggested that single people are being gradually squeezed out of the housing market – but while it’s certainly true that buying a home on the basis of two incomes is considerably easier than doing it with just one, there are lots of options out there for those who are not house-hunting as a couple.

The survey claimed that a third of Britons who have not yet put a foot on the property ladder believe they will never own their own home unless they do so with a partner or spouse.  So are we heading for a situation where only those who are coupled up will be able to get the keys to their own place?

Obviously the options are greater when there are two of you.  If you have been renting together, the chances are that you will have been able to save more towards a deposit than someone meeting all the household bills on their own.  And when it comes to getting a mortgage, two incomes will unlock a much bigger loan than just one.

But that certainly doesn’t mean that if you haven’t yet found ‘the one’ – or you are simply happy on your own – that the door to home ownership is closed.

First of all, buying with a romantic partner is not the only option when it comes to pooling resources.  We regularly see friends or siblings buying a home together – after all, this kind of home-sharing is extremely commonplace in the rented sector, so why shouldn’t it work when it comes to putting your names on the deeds?

There are some who shy away from such arrangements, based on concerns about what would happen if they fell out with their friends.  But friendship can be just as long-lasting as romance (there are cynics who would say more so), and as long as the purchase is structured in a sensible, transparent and legally-robust way, there is no reason why this sort of arrangement shouldn’t work.

The good news is that even for those who are determined to go it alone, the prospects of getting your own place are better than they have been for some time.  With Help To Buy, the need to save a massive deposit is mitigated; more importantly, lenders are awash with money, and are inclined to be more flexible when it comes to awarding mortgages to single applicants.

With historically low interest rates, (and they show no sign of rising to even their long-term average level any time soon), servicing that mortgage should be easier than ever, even with just one income.

It sometimes seems as though the world is designed for people living as part of a couple, even though there are more single-person households than there have ever been – they now account for more than a quarter of all households.

There is no doubt that coupling up does make getting on the housing ladder easier.  But don’t worry if Cupid’s arrow has not yet found you – the door to home ownership for singletons is still wide open.

Farmers must adapt quickly in an ever changing world

In the current political climate it is easy to forget that it is not only Brexit that has the potential for both an immediate and longer term effect on the... Read more >

We are delighted to announce the appointment of Nick Williams as Partner. Read more >

Last week’s sunny weather will have made many consider holidaying in the UK this year, but in fact the ‘staycation' is here to stay for a number of reasons other... Read more >

Loving Where We Live

For those of us who are lucky enough to live in Norfolk, it is sometimes easy to take for granted what a great place to live our county is. Read more >