A FRANTIC START TO 2018 AFTER THE BOXING DAY ONLINE ‘SPIKE’ 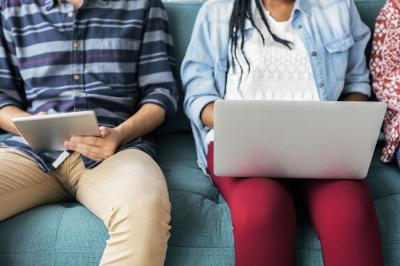 In years gone by, January was traditionally a month when estate agents could ease slowly back into work after the Christmas break, safe in the knowledge that most people would leave it until the first green shoots of spring before thinking about putting their house on the market, or starting to look for their next dream home.

Well, that ‘easy January’ feeling is a thing of the past: already 2018 has seen a veritable flurry of activity.  With a huge number of appraisals and valuations already under our belt, it looks like the traditional spring ‘bounce’ is once again set to start earlier than ever.

I have written before about the Boxing Day online ‘spike’.  The advent of web-based property portals such as Rightmove has led to mince pie-stuffed post-Christmas revellers turning to their computers, tablets and mobile phones to start perusing what is on the market.  Figures from the major portals confirm this happened once again this year.

And people who have spent the second half of the festive period planning their next move have not been slow in translating those plans into action in the new year, which is why we have been so busy helping them get their homes ready for the market.

This doesn’t necessarily mean that everybody who is getting their house appraised and valued will put it up for sale right away.  Some are simply getting organised so that they are ready to put the For Sale board up as soon as the days start getting longer.  But if that is the case, they risk missing the boat.

You see, that Boxing Day spike is a symptom of a trend which has been steadily developing over the last few years: buyers are not waiting until the clocks go forward to start their property searches.

A run of several mild winters in a row may have contributed to this, but mainly it is the increasing influence of the internet on all aspects of our lives.  I’ll bet that many of you have already had a sneaky peak online to help you decide where your summer holiday will be taken, for instance.  And if you are considering selling your home this spring, your potential buyers are already online looking for their dream home – so you need to get your property out there without delay.

Last month in these pages I expressed cautious optimism about the prospects for the residential property market in 2018.  The early signs suggest that the demand is already out there, and the rush of activity in January bodes well for the year.  With an ongoing shortage of supply, we need to make sure all those appraisals translate into homes on the market to satisfy that demand.

Business confidence will remain high despite continuing uncertainty over the UK’s future relationship with Europe, and that this will be reflected in rising rents and falling retail vacancy rates across the county.

MYSTIC CLIVE IS BACK WITH HIS PROPERTY PREDICTIONS FOR 2018

Reflective types tend to look back and ponder the past 12 months at this time of year, but I am someone who prefers to look forward.  After a 2017 in which uncertainty has perhaps been the over-riding emotion, we enter 2018 with some reasons to be cheerful,

A DULL BUDGET WHICH DELIVERED SOME COMFORT FOR PROPERTY INVESTORS

For a Budget which was billed as the most vital in many years, in the end Philip Hammond’s speech last week was decidedly dull.

If anyone was in any doubt about the importance of the housing market in the overall economy, last Wednesday’s Budget speech hammered the point home. Read more >