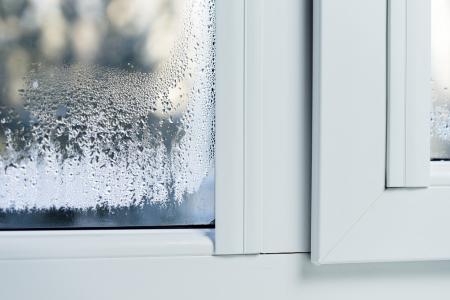 Landlords and tenants need to work together to tackle the issue of condensation, says Phil Cooper

It is at this time of year that horror stories start appearing in the media about nightmare rented homes where a serious damp problem has led to the walls being covered with mould.  How, the tenant will invariably ask, can anyone be expected to live in a home where everything is damp and the whole family has to breathe in mould spores?

It’s easy for such stories to vilify landlords for not maintaining their properties and allowing them to deteriorate to the stage where damp becomes a serious problem.  Let’s be clear, such landlords do exist; but even in the best-maintained home, condensation can be a major problem, especially in the winter when we all tend to keep our homes as hermetically sealed as possible.

It is in no-one’s interest to let a property get into such a state, and in fact both landlord and tenant have a part to play in tackling the problem.

Of course, if the home is not structurally sound, or simply badly-maintained, the chances of water finding its way inside is much greater.  This is clearly the responsibility of the landlord, and where this doesn’t happen, the tenant has every right to complain.

But the fact of the matter is that most condensation in homes is not caused by water getting in from outside, but by the human beings who live there.

The average person causes nine litres of condensation every day, just through ordinary activities such as making cups of tea, showering, washing and even just breathing.  That means that a couple will produce a staggering 32 pints of water vapour a day, almost all of which will settle and condense on surfaces in their home.

Stop and think about that for a moment.  If I was to come into your home every day and throw 32 pints of water on your walls, it wouldn’t be long before your home was riddled with mould and unpleasant – if not unhealthy – to live in.

So dealing with the causes of condensation, and taking measures to solve it, is a vital part of day-to-day living.

Landlords need to help tenants help themselves, by providing advice on how to avoid the problem.  Obviously producing less moisture in the first place is the initial step, which might mean simple things like putting lids on saucepans, or avoiding drying washing on a radiator in a room where there is no ventilation.

Keeping the home evenly warm is another good tip, because condensation will occur on cold surfaces.  As it can take a long time for a home to warm up, keeping the heating on at a lower temperature even when the home is unoccupied is important.

Above all, ventilation is the answer.  Modern homes are now so well insulated, for sound environmental reasons, that they often don’t allow for ‘breathing’.  If water vapour cannot escape, then condensing is the only place it has to go.

So tenants need to be encouraged to leave trickle vents open when rooms are occupied, even when the heating is on.  When cooking, bathing or showering, using an extractor fan – or simply opening a window – is vital, and the fan should be left on for at least 20 minutes after finishing.

A good letting agent will be able to advise both landlords and tenants on how to avoid the problems associated with condensation.  Not only will that help to keep the horror stories out of the paper, more importantly the tenants will be more comfortable and healthy, and the landlord’s property will be kept in a better condition – so it’s in everybody’s interests.

Barclays has proven itself to be the most sporting professional firm in Norwich, after a team from the bank carried off the trophy in the 2019 Arnolds Keys Sports Challenge... Read more >

The impact of a Company Voluntary Arrangement (CVA)

"The original purpose of a Company Voluntary Arrangement (CVA) was to help a business continue trading and avoid going into liquidation. Read more >

How do we agree a moving date?

Whilst it’s fine to have a target moving date in mind, you can’t actually set the date until all of the documentation is in place and everyone in the chain... Read more >

The perspective of a Graduate Rural Surveyor

We had an auction a couple of weeks ago in Haddiscoe which was my first time auctioneering, bringing the ‘hammer down’ on around 100 lots. Read more >