WHY THE CHANCELLOR SHOULD BUDGET FOR A STAMP DUTY HOLIDAY EXTENSION 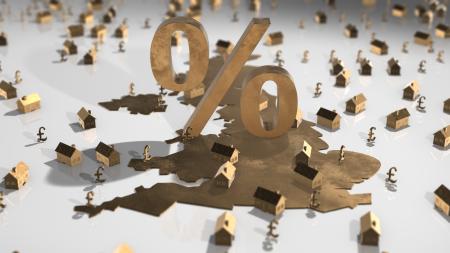 Rishi Sunak is probably one of the few politicians whose reputation has not been tarnished by the Covid crisis. It’s surprising to realise that he has only been Chancellor for 12 months; during that time he has delivered just one full-blown Budget, but more than a dozen other major economic announcements.

As the positive effects of the vaccination programme start to kick in, and a gradual easing of lockdown at last seems a realistic possibility, his second Budget, to be delivered on 3 March, is one of the most important in many years.  He is faced with the significant challenge of maintaining the economic stimuli necessary to avoid a lasting slump, while planning to get Britain’s battered fiscal position back on track.

He has many competing demands, but nevertheless one of the most important decisions he has to take is on the thorny question of Stamp Duty Land tax (SDLT).  The current stamp duty ‘holiday’ means that anyone completing a house purchase before 31 March will pay no SDLT on the first £500,000; after this date we revert to the former threshold scale, with the tax becoming payable on everything over the first £125,000, which in many parts of the country means SDLT is payable on every property transaction.

Bear in mind your average first time buyer has already ploughed their hard-earned (and taxed) income into saving for a deposit (in a taxed savings account), and so could justifiably ask why they should pay tax a third time for the right to own their home.

Along with others, I’ve been giving testimony to the snappily-named Ministry of Housing, Communities and Local Government on the effect of SDLT on the market, and specifically on the impact of the stamp duty holiday and the likely result of the ‘cliff-edge’ end to the holiday on 31 March.

Instead of that cut-off date being for completions, it would make more sense to say instead that the earlier stage of exchange of contracts need to happen before this date, but then give people up to three months to complete their purchase.  This would mitigate against delays such as heavy snow stalling surveys, a buyer or seller having to self-isolate during the process, or even the whole chain missing out on the completion deadline just because one removal van driver has to suddenly self-isolate on moving day.

Longer term, the SDLT zero rate threshold should be raised to a more realistic £350,000 to help first time buyers and ‘second steppers’.  In addition, the Chancellor should remove stamp duty for downsizers, or at least offer SDLT incentives for them to move, so that older homeowners who want to downsize into a smaller home could be encouraged through a stamp duty exemption.

This would be a popular move for many in Norfolk, which naturally attracts an older demographic, and it would have the effect of leaving downsizers with more money in their pockets, bring more family homes to the market to meet the increasing demand - and take some of the heat out of disproportionately rising prices for three and four bedroom detached homes, to make them more affordable for families.

Estate agents in and around Norwich have shown their support for people who don’t have a home, by making a £1,500 donation to a city-based charity which helps the homeless. Read more >

The kitchen is the heart of the home

Whether it’s baking bread, kids’ cookery classes as part of home-schooling, or just trying to keep lockdown spirits up with home-cooked comfort food, the kitchen has increasingly become the centre... Read more >

WE RAISED £5,000 FOR THE NEW NORFOLK HOSPICE – AND WE WILL CARRY ON FUNDRAISING THROUGHOUT 2021

We chose Priscilla Bacon Hospice Appeal as our designated charity for 2020 and although it was an incredibly difficult year to fundraise in, we are delighted to have achieved £5000.

2021: A YEAR OF OPPORTUNITY BUT ALSO THREATS FOR THE COMMERCIAL PROPERTY INVESTOR

The SWOT analysis is a longstanding business tool. Because it’s been around for so long, some people (the types always looking for the ‘next big thing’) like to portray it... Read more >