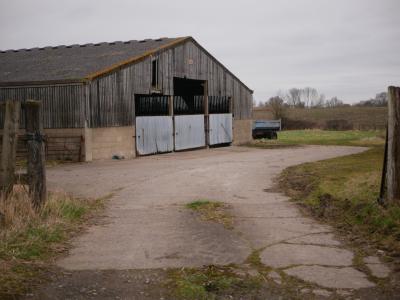 A quick glance around the changing face of the city demonstrates the large influence that Permitted Development Rights (PDR), which made it easier to convert commercial property into residential use, have had since the rules were first introduced in 2013.

Although PDR has been widely used in urban environments, they have been less successful in rural areas – often meeting considerable resistance from local councils.  As a result, what many commentators regarded as a ‘golden ticket’ for agricultural property owners has actually had a rather muted effect.

Recognising this fact, earlier this month the government announced changes to PDR which could be good news for the farming sector, amending permitted development rights for the conversion of agricultural buildings to residential use, as well as introducing a new, increased size limit for new agricultural buildings under PDR.  The new rules come into effect on 6 April this year.

This represents an increase from the previous total limit of 450 square metres, and at the same time applicants will have an extra year to convert further storage and distribution buildings into new homes, with the temporary Permitted Development Rights extended until 10 June 2019.

What’s more, those who have already converted buildings under the old Class Q rights now have an opportunity to add further conversions provided they meet the tests set out in the new Class Q.

If this all sounds rather technical, the end result will be far from that: more much-needed homes for our rural populations, the chance for farm businesses to maximise what may be under-used commercial buildings, and construction jobs created in the local economy.

In making these changes, the government has signalled that it wants rural Permitted Development Rights to be as transformative as urban PDRs.  For this to happen, we need to see local authorities embracing this important initiative to help revitalise rural economies and communities

NOT UBER-IMPRESSED WITH ONLINE AGENTS

With Facebook dominating the headlines this week, the role of technology, and how it has ‘disrupted’ various markets, is in many people’s minds. Read more >

DEADLINE LOOMING FOR BAN ON LETTING OUT ENERGY INEFFICIENT PROPERTIES

The end of this month sees an important change in the rules governing the energy-efficiency of residential lettings properties – and it means that some older homes will no longer... Read more >

This month finally sees the opening of the NDR, and if the bullish forecasts are to be believed, the new road will be the catalyst for growth in economic activity. Read more >

Selling a house at this time of year can be a challenge. You are not just marketing bricks and mortar; when you show a prospective buyer around your home what... Read more >