About Us | Blog | IF THE PRICE IS RIGHT
Tweets by @ArnoldsKeys

IF THE PRICE IS RIGHT 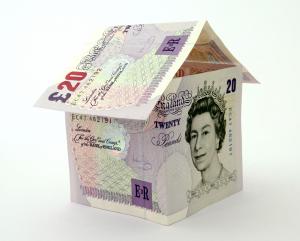 As a nation we are obsessed with house prices, and we tend to latch onto every minor statistic as though it will reveal to us the secret of the universe.  Nevertheless, sometimes a figure is released that does stop and make you think.

This week Rightmove’s House Price Index showed that the price of property coming to market has increased by the lowest amount for eight years. February saw asking prices increase by 2% over the previous 12 months, the smallest increase since February 2009.

So should vendors be worried about this? The answer is no, and the reason is because these figures refer to asking prices, not selling prices.  In fact, we should welcome the fact that we are seeing some moderation in the initial asking prices of homes coming onto the market.

The emergence of online agents who charge a fee rather than commission has seen an artificial inflation in asking prices which has done vendors no favours.  If an online agent is going to get paid whether they sell your house or not, the temptation to quote an over-optimistic asking price to win the business can be overwhelming. After all, these ‘agents’ don’t really care whether your house sells or not – they have your money anyway.

Unfortunately, buyers are reluctant to enquire about homes that they see as even a few percentage points too high in price, so homes brought to market with an inflated price tag are likely to remain unviewed and unsold.  Eventually vendors will have to reduce the asking price to something more in line with the market – but by then the house is ‘stale’ in marketing terms, and likely to linger.

With the annual rate of price increase now at 2.3 per cent, a property that is overpriced by just 5 per cent will wait nearly two years for the market to catch up with it. A house which starts off with an inflated price tag is quite likely to end up selling for less than one which comes to market realistically priced.

As Rightmove director Miles Shipside commented, “Overpricing loses you that vital initial interest and impetus, and buyers often have reservations about a property that has not sold as quickly as others, or has had a price reduction.”

Ultimately, it’s important to get the initial asking price absolutely right, reflecting the true value of the property, but pitched at a level which will entice buyers.  To do that requires genuine local knowledge and experience, and that can only come from a proper estate agent operating in the local market – not what amounts to an online advertising salesperson based in an anonymous call centre who-knows-where.

THE MARKET IS BROKEN; CAN WE FIX IT? NOT WITH THIS WHITE PAPER

The Government has published its long-awaited White Paper on Housing – something eagerly anticipated by the construction sector throughout the country, and nowhere more so than here in Norfolk. Read more >

Over the past few years, we have seen all sorts of initiatives aimed at first-time buyers. Read more >

Big-hearted staff at a Norfolk property firm spent a year raising funds for a local mental health charity – and handed over a cheque for £12,071.73 as a result of... Read more >

An iconic Norwich city-centre office building – once the home of the Eastern Daily Press – is being let following a major refurbishment to create some of the highest standard... Read more >