Every sector of the property market is facing increasingly stringent legislation to improve its environmental performance – but this is just part of an ethically-driven revolution which is changing the way that occupiers, developers and investors make key decisions.

Energy Performance Certificates (EPCs) for residential properties have been around since 2008.  Prospective buyers increasingly take the environmental credentials of a home into account, while residential landlords have not been able to enter into a tenancy unless their property has an EPC rating of ‘E’ or better – and that will be uprated to ‘C’ from 2025. 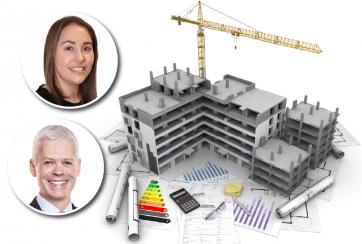 Commercial property rules are now catching up with the residential market; already no new commercial leases (or renewals) are permitted unless the EPC rating is ‘E’ or better, and it is expected that this standard will apply to existing leases as well before long.  This is only going one way – possibly expect a requirement of EPC ‘B’ for new leases by 2030.

Of course, all of this is being driven by legislation, but it is part of a wider move towards better ethics in the property market which may or may not eventually manifest itself in legislation, but is in any case having a profound effect on the market already.  Businesses are facing demands for better ethical standards from customers and employees alike, both in the way that they do things, and in their supply chains.

Given that a business’s premises are likely to be a major contributor to both its carbon footprint and its staff’s wellbeing, then it follows that to attract good quality occupiers, offering a building which is energy-efficient and which provides the people working in it with a safe, attractive and restful working environment is becoming a growing imperative.  A business’s building is a part of its brand, and ethical considerations are playing a much bigger part in the value of every brand.

For investors, developers and landlords, that means taking a long, hard look at their portfolio.  It means looking at existing buildings and appraising what capital expenditure might be necessary to improve energy efficiency, design out obsolescence, and create a working environment which will appeal to today’s ESG-minded employer.

It also means that development and investment decisions need to put ethical considerations front and centre, alongside the traditional priority of return on investment (because the two are now inextricably linked).  That doesn’t just mean designing in energy efficiency for the building itself, but also other features such as secure bicycle storage for occupiers, showers for staff cycling to work, and electric car charging points.

We are already seeing buildings with good ethical credentials achieving higher prices in prime markets such as central London, and in turn those buildings with lower standards either failing to generate the best return or becoming increasingly difficult to let.  This ethical dimension will surely spread to our part of the world, so investors and developers need to be thinking now about how they remodel their portfolio to ensure they are in tune with it. 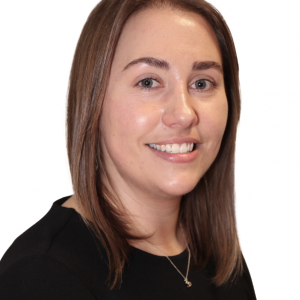 Rishi Sunak will deliver his spring ‘Budget’ next week to address a triple whammy of inflation soaring to a 30-year high, fiscal drag from frozen tax allowances and National Insurance... Read more >

YOU DON’T NEED TO LIVE IN THE HOUSE YOU OWN

Although the average house price in our region is nowhere near as high as it is in London, for many people the dream of owning a home remains just that... Read more >

A leading Norfolk estate agent has welcomed new regulations which will result in more information about properties being made available earlier to potential buyers and tenants. Read more >

The much-delayed details of the Lump Sum Exit Scheme have finally been published – and applications open in just a few weeks. Read more >