Farmers must adapt quickly in an ever changing world 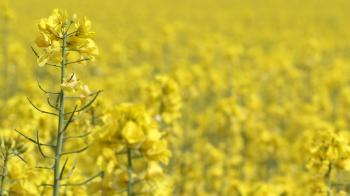 In the current political climate it is easy to forget that it is not only Brexit that has the potential for both an immediate and longer term effect on the profitability of farming. Whilst Brexit has dominated the headlines, particularly in the last few months, arable farmers across the UK have been quietly gearing up for a “business as usual” summer. Crops, after all, still need to be harvested, and plans have been forming around seasonal staffing, grain storage and water supplies.

And it is not just this year that has to be discussed at the kitchen table. Plans are already under way for next year, with decisions being made around what to include, and what not to include, in the crop rotations.

Of particular concern is this year’s oilseed rape crop and the impact of the larvae of last autumn’s cabbage stem flea beetle. Farmer’s Weekly reported earlier this year that more than half of oilseed rape crops are infested; the largest invasion since the loss of neonicotinoid seed treatments.

The suspension of neonicotinoid seed treatments across the European Union was intended as a measure to protect Europe’s bee population which was said to contribute over €22 billion annually to European agriculture. The result has been catastrophic with many oilseed rape growers expecting a significantly reduced yield this year. As a direct result many are now reconsidering the inclusion of the crop in next year’s rotations. Sadly, it looks likely that the measure introduced to protect the bee population will have limited effect, with farmers instead choosing to remove the crop from their rotation altogether.

Being involved in discussions such as these, particularly with farmers and those farming with contractors, focuses the mind on the “real-life” world of agriculture, the year-to-year volatility and the decisions that have to be made to manage risk and secure business profitability.

It also highlights the advantage of contract or share farming arrangements, as opposed to traditional tenancy agreements. They are inherently transparent; both the landowner and the contractor are “in it together”. Decisions can be made quickly to adapt to a given scenario and ensure that the holding is farmed to its productive best. By comparison, unless otherwise agreed between the parties, legislation governing tenancy agreements limits a review of the profitability of a holding to once in three years.

The ability of farming businesses to monitor and adapt quickly and adeptly to changes in commodity prices, the cost of inputs, and restrictions on the management of disease and pests remains vital to their success, and will continue to do so whilst the Brexit saga unfolds. The good news is that it is an industry well practiced at it!

We are delighted to announce the appointment of Nick Williams as Partner. Read more >

Last week’s sunny weather will have made many consider holidaying in the UK this year, but in fact the ‘staycation' is here to stay for a number of reasons other... Read more >

Loving Where We Live

For those of us who are lucky enough to live in Norfolk, it is sometimes easy to take for granted what a great place to live our county is. Read more >

Strong demand from both occupiers (driving growth in rental yields) and investors, coupled with a shortage of freehold investment opportunities, is driving up commercial property values in most sectors –... Read more >