About Us | Blog | A Better Balance
Tweets by @ArnoldsKeys 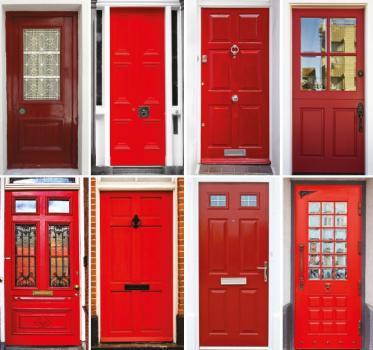 “There are three kind of lies: lies, damn lies, and statistics.”  So said 19th century prime minister Benjamin Disraeli, and whilst he was referring to the (even then) common practice of politicians hijacking evidence to prove their particular point, his argument that statistics can be used selectively in support of one viewpoint over another is still valid today.

The property market certainly generates its fair share of statistics, and despite Disraeli’s cynicism, many of us still sit up and take notice at the latest set of figures on house prices, activity levels, and all the other measurables of the property market.

The problem is that the UK does not have one, cohesive property market.  It is instead made up of a multitude of localised micro-markets, each influenced as much by specifically regional and local issues as by the national picture.

I was reminded of this last week when I saw a statistic from the snappily-titled Intermediary Mortgage Lenders Association, which claimed that a lack of supply in the market means that home owners now only move every 19.2 years on average, compared with a figure of every 7.4 years three decades ago.

Whilst the supply of homes available for sale has certainly been low of late, I’m not sure anyone working in the Norfolk property market would recognise this figure at all – I suspect it is skewed, as so many property statistics are, by what happens in the capital.

In fact, the last few weeks have seen a noticeable improvement on the supply side, which has resulted in a welcome rebalancing of the market.  With demand and supply in better equilibrium, we are approaching a much more ‘normal’ situation, which will curtail unsustainable price rises, and give buyers more choice.

For sellers, understanding this is important.  For some months now we have had a sellers’ market, with homes achieving asking price or even higher in record time.  Now buyers have a bigger choice of property, they are taking more time to find the right property, and are able to be a little more discerning.

A market where supply outstrips demand sounds like a great situation if you are a seller.  Certainly achieving quick sales at or near the asking price has been less of a challenge of late, but restricted supply ultimately leads to a strangled market where no-one can move at all (as suggested by the IMLA statistic).  Given that most people who sell a property are moving onto a new one – and hence are also a buyer – a market where there is a proper balance between the interests of buyers and sellers alike is what most would like to see.

The statistic that I want to see one which shows a dynamic market where the interests of buyers and sellers are both being served.  We are not there yet, but certainly in Norfolk, we are moving in the right direction.

Twenty members of staff from members of the Norwich & District Association of Estate Agents are celebrating completing a ground-breaking training initiative - the first of its kind in the... Read more >

CHOOSING A LETTING AGENT – MAKE SURE YOU ASK THE RIGHT QUESTIONS

For the busy residential landlord who doesn’t have time to manage their property, or who realises that keeping up with the ever- changing legislation is a Herculean task, appointing a... Read more >

M&S a high profile sign of a changing retail world

Another week, another major retailer announcing tough times and a programme of store closures – and this time it is the long-time bastion of the High Street, Marks & Spencer. Read more >

Oh We Do Like To Be Beside The Seaside

It is perhaps a measure of how fixated we are as a nation with the weather that our shopping habits can be very predictable. Read more >