About Us | Blog | Every Little Helps
Tweets by @ArnoldsKeys 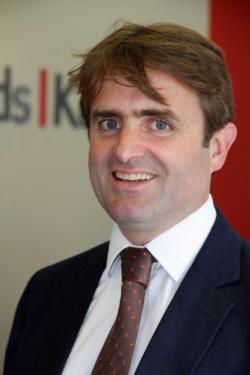 As the economy continues to strengthen, one particular business sector, once the darling of the City, is encountering ever tougher times, writes Guy Gowing.

Supermarkets have been such a rock-solid success story for so many years, that it is all the more shocking to see their comfortable world starting to unravel.

Particularly hard hit have been the big middle-market supermarkets.  Squeezed by the emergence of the (mainly German) discount operators such as Lidl and Aldi at one end, and by the resurgence of upmarket stores such as Waitrose and M&S at the other, the once untouchable stars of food retailing are now feeling the pinch.

In the last couple of weeks we have seen profit falls from most of the big players, with Morrisons parting company with its chief executive, and Tesco announcing a drastic downscaling of its new stores programme, and even plans to close around 40 stores.

From a property investment development point of view, supermarkets have been top of the value tree for a very long time.  If you had consent for food retailing on a well-positioned large site, no other possible development opportunity could top the potential returns.  So what does this crisis in the supermarket sector mean for property investors?

It is not all bad news.  Whilst there will certainly be fewer opportunities for investors in large supermarket developer sites, the resurgence in the residential market means that a good return – and possibly an even better one – could be gained by going down that route, or else through alternative commercial development (one of the reasons big stores are less popular is because people are buying online, so distribution centres and warehousing will take up some of the slack).

And whilst development of the large 40,000 sq ft – 80,000 sq ft stores is certainly slowing, this is balanced by a considerable acceleration in the development of convenience stores: shops of up to 4,000 sq ft.  Tesco Express stole a march on the rest by their rapid expansion into this sector, helped by their acquisition of One Stop, with its considerable convenience store estate.

In Norwich alone, there are ten Tesco Express or Tesco Metros, in addition to the company’s three larger stores at Harford Bridge, Blue Boar and Drayton.  But the others are catching up, with Sainsbury’s having opened a city-centre store just yards away from Tesco’s Westlegate store, and due to open another on Sprowston Road (a deal negotiated on behalf of the property owner by Arnolds Keys).

A property investor with well-located suburban retail units of up to 4,000 sq ft could cash in on this latest trend from the supermarket sector.  Such deals tend to involve long leases, first class financial covenants, and, in a competitive world, strong re-letting potential at the end of a lease.

It is an ill wind which blows no-one any good, and the upheaval in food retailing offers significant property investment opportunities.  But investing in the right kind of property requires a solid understanding of retail trends; once again it is impossible to separate property investment from the wider economic situation.

A Norfolk specialist agricultural and rural surveyor has become the fourth person at his firm to be admitted as a Fellow of the Central Association of Agricultural Valuers (CAAV), the... Read more >

Having outlined in my last column before Christmas how accurate my 2014 predictions turned out to be, our esteemed Property Editor has given me a prominent position in the first... Read more >