About Us | Blog | A RETURN TO NORMALITY?
Tweets by @ArnoldsKeys

A RETURN TO NORMALITY? 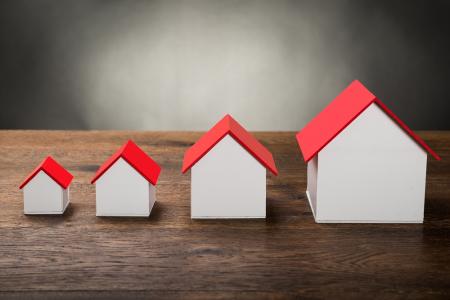 In our world of 280 character tweets, soundbites and ever-decreasing attention spans, the pithy phrase has gained a lot of traction.  Phrases like ‘Fake News’, ‘woke’, and the literally meaningless ‘You do you’ are all bandied about as if they have been part of the language forever.

One you will have seen in the last couple of months is ‘Boris Bounce’.  Many commentators have been predicting that the economy will see an upturn – at least in the short-term – as a result of the decisive Conservative win in the General Election just before Christmas.

Although those of a Tory disposition clearly use the phrase as a compliment to their leader, I don’t think it is actually that party political.  The fact is that it is not so much the political complexion of the new government which is the reason behind a new-found economic consequence, but more that after years of uncertainty and political paralysis, we have a government with a majority enabling it to make decisions.

I’m not a great fan of such simplistic catchphrases, but when it comes to the residential property market, there can be little doubt that 2020 has started with a considerable upturn in activity, whatever the reason (and it’s not unreasonable to suggest that certainty is a big factor).

In our Sheringham branch where I am based, for example, we have just had our best January since our current records began, in 1981.  This trend is being replicated across the county.

Of course, a surge in demand for homes could just lead to a spike in prices, and that is not what the market needs.  So it’s good to see vendors who may have been holding back during last year at last bringing their properties to the market, because it is the supply side which is where we need to see movement.

The lack of available properties has been strangling activity, as well as artificially driving up prices.  We all want to see a balance in the market, with prices moving in a sustainable and restrained way.  Above all, what we all want to see is an increase in activity, rather than prices.  And this is what appears to be happening.

Is this a ‘Boris Bounce’?  Being a politician, doubtless the PM would want to take credit, but it’s more nuanced than that.  It is really about certainty and confidence; one leads to the other.

Equally, any uncertainty going forward could undermine the new-found confidence in the market (and the wider economy), so it is to be hoped that our political leaders remember that as they steer the country into unknown waters. But for the time being at least, we are seeing a return to something approaching normality in the housing market, which is to be welcomed.  Demand is strong, vendors are becoming confident enough to enter the market, and hence a better balance is in prospect.

‘Return to normality’: now there is an expression we can all look forward to using.

RENTS THEY ARE A’ RISING

No-one can pretend that the last decade has been easy in the world of commercial property. Read more >

PLENTY OF SPARK ON THE ROAD TO DEVELOPMENT IN NORFOLK

The UK population continues to increase, and as it does so we are sure to encounter growing pressure on our finite land supply – here in Norfolk we are already... Read more >

A CONFIDENT START TO THE YEAR

We have dusted off the crystal ball and taken a look at what the new year is going to bring for the residential property market in Norfolk. Read more >