About Us | Blog | A MANIFESTO FOR AGRICULTURE
Tweets by @ArnoldsKeys

A MANIFESTO FOR AGRICULTURE 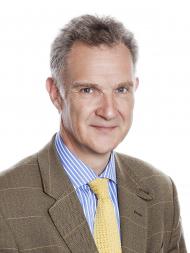 The General Election campaign has seen many issues come to the fore: care for older people, the NHS, housing, security and so on.  All of these are important issues which resonate with the majority, and perhaps because of that, agriculture has not been at the top of the political agenda (nor, curiously, has Brexit, even though pretty much everything else will be affected by it).

Farming is facing a future which is more uncertain than ever before.  Investment decisions are not being made, and the sector risks stagnating if there is not clarity about the long-term future.  So here is my five point manifesto for the agricultural sector.

At the moment, the only guarantee on the Basic Farm Payments is that they will continue at their present levels until the 2019 claim year (although the Conservative manifesto extends the same cash funds for support until the end of the next Parliament, i.e. 2022).  Either way, farming needs to be sure about the future of subsidy on a much longer term basis than that.  We are already seeing investment decisions being put on hold because of the uncertainty on farm payments; whoever is in power on 9th June needs to provide clarity for the long term, and quickly.

In theory, this is something that Brexit could deliver – taking control of our own regulations means we can simplify them unilaterally.  But that would mean that most farmers would end up operating under two sets of regulations, because for those still trading with the EU, access to that market will mean complying with EU rules.  At the point of Brexit, the UK will adopt those rules, but as we diverge from them over time, farming could in fact face more, not less, red tape.

The  recession saw Annual Investment Allowances raised temporarily, due to fears that investment could grind to a halt.  As the country moved back into growth, those temporary enhanced allowances are being removed, with drastically reduced limits for 100 per cent relief (down from £500,000 in 2014/15 to £200,000 this year).  With all the uncertainty over Brexit within agriculture, now is not the time to be hitting those prepared to make investment decisions – any new government should recognise that the enhanced allowances are still appropriate for the foreseeable future.

A Good Brexit Deal on Trade

Talk of no deal being better than a bad deal is like suggesting that no parachute is better than a bad parachute.  Farming needs a deal which gives as much access to the European Single Market as possible, and a long transitional period to help us adapt to life outside the EU.  Achieving this will require a collaborative approach to the negotiations from the new government, not the kind of confrontational one we have seen so far.

It is becoming increasingly clear how reliant the country as a whole, and agriculture in particular, is on having access to labour from other EU countries.  The sector could not operate without a substantial number of overseas workers, and we are already seeing farmers finding it much harder to recruit them because of uncertainty about their future status.  This is an issue which needs to be settled quickly by the new government, with the rights of EU workers already in the UK guaranteed, and certainty that agriculture will be able to recruit EU seasonal workers easily in the future.

If you have any questions for our agricultural team, please contact us.

Tom Amis has been promoted to be Branch Manager of our Norwich city centre office. Tom, born and bred in Norfolk, joined the firm in 2013 as a negotiator. Read more >

A MANIFESTO FOR COMMERCIAL

NATALIE COMPLETES LONDON MARATHON AND RAISES OVER £2,300 FOR BREAK