About Us | Blog | THE REVIEWS ARE IN…
Tweets by @ArnoldsKeys

THE REVIEWS ARE IN…

During this holiday period, one website which will be receiving millions of hits is TripAdvisor.  The review site is almost universally loathed by owners of hospitality businesses, not so much for its huge influence, but more because of the massive question mark over the authenticity of many of the reviews posted there.

Britain’s best-known restaurant critic Jay Rayner once suggested that people should have to post a scan of their bill in order to be able to post a review on TripAdvisor, so that we could at least know that the reviewer had actually been to the establishment in question.  The fact that the site dismissed the idea gives you an idea of how confident – or not – they are in the veracity of many of the reviews they publish.

Why am I talking about TripAdvisor?  Because the site has started an explosion in similar review site across all sorts of sectors, and estate agency is not immune from that trend.

Done properly, review sites can be enormously helpful, especially when you are entering into what is probably the biggest transaction you will ever make.  Finding out how others who have used the services of estate agents, conveyancers, removal companies and so on can be really useful in making the right choices

But – and it’s a big but – you need to be very careful about which review site you use.  You need to make sure that the site has an integrity about it, and that the reviews are genuine.

Sites like Google require no proof that you have actually transacted with a company, which does potentially open the system up to firms getting staff and families to post falsely positive reviews to boost ratings.  Then there are a number of specific estate agency rating sites, but many of these are highly editable by the firms themselves, so are of questionable value.

One site which does offer integrity is Feefo.  Agencies which sign up to Feefo have to agree for the site to offer the chance to review them only to customers who complete a transaction (so no editing out those where things have gone wrong), and only those who have actually used the firm are allowed to post reviews.

Experience suggests that up to 40% of those contacted by Feefo actually post a review, so it is pretty representative.  If you want to check what genuine customers think of an estate agent, Feefo is the site which I would recommend.

Finally, some tips on using review sites.  First of all, be suspicious of any firm which has a 5/5 rating across the board.  Everyone (even us!) gets things wrong occasionally, and the odd negative review indicates a more genuine picture.

Secondly, when reviewing, make sure you are reviewing the firm in question, rather than the whole experience.  We once had a one star review, and when we asked the customer what we could have done better, they said, “oh, we were very happy with you, it was the buyer’s solicitors which caused all the problems.”  Just as you shouldn’t mark a holiday hotel down just because your flight home was delayed, it is important to be clear what you are actually reviewing.

User reviews are here to stay, and can be very useful indeed – provided you understand what you are dealing with. 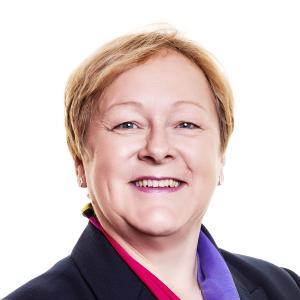 KEEPING IT REAL ON THE NORTH NORFOLK COAST

As the mercury hits record levels this week, and the schools break up for the long summer holiday, those of us who call north Norfolk home are bracing ourselves for... Read more >

This month saw applications open for the rather underwhelming Sustainable Farming Incentive – and it’s a case of ‘take the rather modest carrot, or you might end up being beaten... Read more >

We have become so accustomed to reading particulars for ultra-modern office buildings on business parks on the fringes of Norwich that it is easy to forget the historic nature of... Read more >