About Us | Blog | Room to improve - what are the pros and cons of buying a property with outline planning?
Tweets by @ArnoldsKeys

Room to improve - what are the pros and cons of buying a property with outline planning? 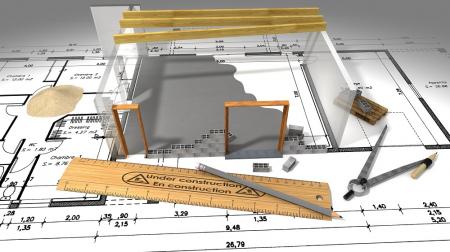 Not everyone is prepared to take on a project – but if as a purchaser you are, you can add significant value to your investment, and end up with exactly what you want, rather than someone else’s idea of perfection.

One scenario might be a house with a large garden, which has outline planning permission for two homes to be built in that garden.  The planning consent adds value to the land, but that value isn’t truly realised until the new homes are built.

However, many builders don’t want to tie up capital in an existing home in order to gain access to development land.  So as purchaser, you are in a strong position, if you want to live in the existing home and are prepared to put up with the hassle of project managing a build – as well as living alongside a building site for a number of months.

Outline planning permission is only consent in principle, so you will also have to go through the process of gaining detailed consent, which will incur architects’ costs.  But that does mean you can design the development in the way that you want, which is particularly important if you want to minimise the impact on the existing house, which will of course be your home.

In another scenario, you might be looking at buying a property with planning permission for an extension.  Again, the value only comes with the extra accommodation (rather than the potential), so by taking on the build yourself you will pocket most of the added value.

In this scenario, you can also design the extension exactly as you want it, rather than buying a completed project which will have been built by someone whose aspirations may not mirror your own.

You shouldn’t underestimate what is involved in project managing a build, whether of new homes from scratch, or of an extension.  But if you are prepared to take it on, it will be you who benefits from the added value, and you will end up with a project which is exactly as you want it.

INVESTORS NEED TO THINK OUTSIDE THE BOX

Strong demand for investment in commercial property means that investors are having to start thinking outside the box – both in terms of looking at different sectors and accepting slightly lower initial yields in the short term with the prospect of rental or capital growth in the future.

As the Brexit deadline fast approaches it is as yet unclear as to whether the United Kingdom will be granted an extension by the European Union. Read more >

GET READY FOR THE BREXIT BOUNCE

I’m sure most people are thoroughly fed-up of reading about Brexit, whether it’s the dogma-driven fake news peddled by ambitious politicians, or the seemingly endless procedural infighting. Read more >

Ten members of staff from Arnolds Keys are celebrating after completing their Propertymark Level 3 Technical Award in Residential Estate Agency, and being admitted as members of the NAEA Propertymark. Read more >