About Us | Blog | Redefining Retail
Tweets by @ArnoldsKeys 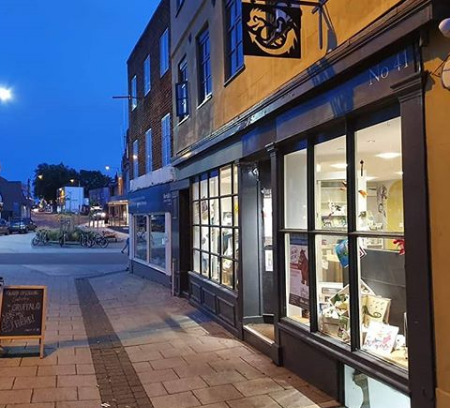 Retail has once again been making the news in recent weeks – and despite what some would have you believe, the stories have not all been doom and gloom.  In Norwich at least, there are some bright spots as retailers and landlords alike adjust to the new retail landscape and introduce some innovative thinking to tackle the challenges of online shopping.

Of course, the internet isn’t all bad news for the physical High Street.  In June, the biggest of the online retailers, Amazon, announced plans to open pop-up physical shops in ten UK cities, whilst eBay has also experimented with a pop-up shop in Wolverhampton.  It’s early days, but perhaps even these online giants are recognising that there is life in the High Street yet.

Closer to home, we are now seeing a phenomenon which we have seen before when retail units are standing empty and big national retailers are reining in their expansion: opportunities for small, innovative retailers with new ideas to take up the slack.

Landlords are prepared to offer incentives to such start-ups provided they have faith in the concept and/or the people behind the idea – more so now than previously, when the default position was let to a chain to the exclusion of local operators.

An example in Norwich is the children’s bookshop Bookbugs and Dragon Tales, which has opened in an 1,800 sq ft unit at the top of Timber Hill.  With enthusiastic owners who know that they have to offer a unique experience to bring shoppers back from the internet, the business has been supported by the landlord, who knows that in a rapidly-changing retail world, they need to be open to new ideas.

Niche retailers like Bookbugs and Dragon Tales are amongst those businesses which are succeeding on the High Street, despite all the well-reported setbacks in retail.  The formula for bucking the trend seems to be original ideas, great service, and offering an experience alongside the retail aspect of the business – all things which online sellers are less well-placed to offer.

So niche retailers; small, independent boutiques; hairdressers and beauty businesses such as nail bars; food and drink outlets; and value retailers are all growth areas.  In the city, the huge new Primark represents a massive investment in bricks and mortar retailing, at the value end of the market.

What we are seeing is a redefining of what retail is fundamentally about.  With such online competition, it can no longer be just about selling stuff – retailers need to offer a compelling reason for people to visit their stores, beyond the stock.  We are even seeing one of the two city malls redefining itself: Castle Mall is rebranding as Castle Quarter, reflecting a growing leisure offer (including a soon-to-open bowling alley), which involves a complete rethinking of what a shopping mall is.

It was inevitable that there would be such a shift in the whole essence of what retail means; that it’s happening should reassure all of us that the High Street still has a future, albeit a slightly different-looking one than we might have predicted.

As the temperatures dip, it’s a good time for landlords to remind themselves of their obligations about gas safety. Read more >

The heartbeat of the rural community continues…

Agricultural shows are woven into the fabric of our rural communities. With the steady diversification of these shows over time, they now attract people from all walks of life, not... Read more >

At this time of year, young people are finding out their exam results and pondering what they do next. Read more >

NOT TAKING ADVICE ON NEW LEASES CAN BE AN EXPENSIVE MISTAKE