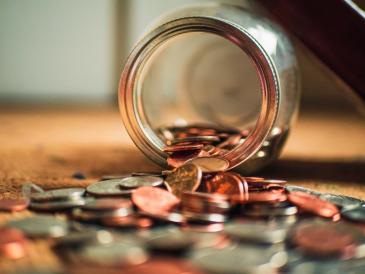 Jeremy Hunt’s Autumn Statement last week ended up being almost a full-blown Budget, with important announcements on tax and spending.  The Chancellor took the opportunity to get all of the ‘dirty washing’ from the previous few months out into the open in one go, presumably in the hope that he will be given credit for making a fresh start after what has undoubtedly been one of the most chaotic periods in UK government history.

Given that fact, steadying the ship had to be his priority.  Often, Chancellors making their first Budget announcement know they have five years for their measures to work until they have to face the electorate; Mr Hunt has only two.  Given the situation he was facing, the reaction seems to indicate that for the time being at least, the turbulent waters have been at least partly calmed.

For commercial property investors and occupiers, there were several important announcements.  The first was about business rates.  I am pleased that the Chancellor announced that the revaluation planned for 2023 will go ahead; this is important to redress some of the market changes which have happened since the last revaluation, not least the balance between bricks & mortar and online retail.

However, it is disappointing that he didn’t take the opportunity to carry out a complete review of business rates, to correct some of the anomalies which have arisen over the years, which means the tax is no longer fit for purpose.

Another property tax in the Chancellor’s crosshairs was Stamp Duty Land Tax (SDLT).  The uprated thresholds – effectively discounts – announced by Kwasi Kwarteng in his ill-fated mini-Budget are now only temporary, and will end (or more likely will be superseded) in April 2025.  However, this gives a good, long-term period of stability and will avoid an artificial cliff-edge in the short-term; the certainty it brings to the residential housing market is welcome.

The reduction in the capital gains tax exemption from £12,300 now to just £3,000 in 2024 will certainly have an effect on the buy-to-let market.  However, with some commentators predicting an uplift in CGT rates themselves, it could have been a lot worse.

One piece of good news in all the gloom: the decision to keep the Annual Investment Allowance at £1 million, rather than returning it to £200,000 in April as planned.  For those investing in commercial property, this is a valuable concession, and it is good that the higher level has been made permanent.

No-one can pretend that the next two or three years are going to be easy, and it was an Autumn Statement which will bring a winter chill to the economy.  But given the situation he took over just five weeks ago, it was a competent and responsible response to circumstances, and now we must find a way to live with the consequences.

As the weather gets colder and windows are closed to keep the heat in, and as soaring energy prices mean many tenants are delaying the moment when they turn on... Read more >

After a long period during which any kind of gathering of the farming community has not been possible, more than 300 farmers, producers and supporting industry professionals will be... Read more >

WHY TECH IS VITAL FOR ESTATE AGENCY – ESPECIALLY IN THE WINTER

Selling houses always has been, and always will be, about people. Buying a home is usually the biggest financial decision any of us will make, but it is also an... Read more >

Amongst all of the political turmoil which followed the ‘mini-Budget’, the focus on supply side reform is one thing most in business will agree on. Read more >