About Us | Blog | How will the rising inflation rates impact young adults, capital values and lenders
Tweets by @ArnoldsKeys

How will the rising inflation rates impact young adults, capital values and lenders

There is now a whole generation of adults who have never lived through a period of high inflation, and who have only ever known rock-bottom interest rates. Whilst there have been all sorts of pressures on the economy in the last 15 years, rapidly rising prices have not been one of them.

Although it was inevitable that inflation would nudge upwards as we emerge from the deflationary period caused by lockdown, the news last week that the rate of inflation more than doubled in just one month, from 0.7% to 1.5%, has raised questions about whether the economy could be facing a sustained period of upwards pressure on prices.

The oft-quoted – and rather simplistic – wisdom is that times of high inflation are good news for property investors, because they mean rapidly rising capital values at the same time as levels of existing borrowing are rapidly eroded.

While there is an element of truth in this, the picture is much more nuanced. If rising inflation leads to rising interest rates, it directly affects the ability to borrow and the cost of doing so. And, as I never tire of reminding people, the health of the property market is directly linked to the health of the wider economy. If inflation starts to hold back growth, it’s bad news for everybody.

Interest rates have been held at a historic low for more than a decade now, but rising prices will inevitably lead the Bank of England’s Monetary Committee to consider an upwards move. It’s highly unlikely that rates will return to their historical average of around 4.5% anytime soon, let alone hit the scary 15% and above last seen in the early 1990s.  But even a small movement of half or one per cent could have a profound effect on the cost of property investment.

Of course, rising capital values can complement, and even outstrip, the yields from rents, especially in the residential buy-to-let market. The average house price has risen by about 10% in the past year, eclipsing the healthy 6-7% rental yields which can be achieved on quality properties. Strong demand for freehold commercial property, especially industrial and warehousing units, is driving rises in values in this sector, too.

The flip side is that any rise in interest rates will make commercial mortgages more expensive, and rising capital values means rents have to rise to maintain the same percentage yield. That’s bad news for tenants, and also for new investors and speculative builders (who are also being hit by above-inflation rises in building material and other construction costs).

For investors, securing low-cost finance is key. Locking in fixed-rate commercial mortgages while interest rates are still low will shelter investors from future rate rises – deals are still available on fixes up to ten years.

Despite the recent rise, it is unlikely that we will face an era of hyper-inflation in the foreseeable future. But if creeping price rises drive up interest rates and damage the wider economy, the current benign investment climate may be in for the odd storm.

Nick Williams is a partner and commercial surveyor at Arnolds Keys.  www.arnoldskeys.com 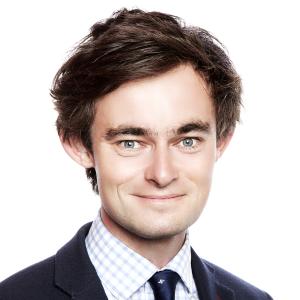 Perhaps it is the fact that so many of us have experienced emotions such as fear, isolation, uncertainty and sadness during the long months of lockdown, but somehow Mental Health... Read more >

As predicted, Tuesday’s Queen’s Speech in Parliament signalled movement in the introduction of a Renters Reform Bill, with the intention of enhancing tenants’ rights in the private rental sector. Read more >

GETTING FACE-TO-FACE IN A POST-COVID WORLD

The UK’s largest building society, Nationwide, has made headlines by announcing that it is to allow 13,000 of its office staff to choose where they work. Read more >