About Us | Blog | A GOOD YEAR FOR COMMERCIAL PROPERTY INVESTMENT, DESPITE BREXIT
Tweets by @ArnoldsKeys

A GOOD YEAR FOR COMMERCIAL PROPERTY INVESTMENT, DESPITE BREXIT 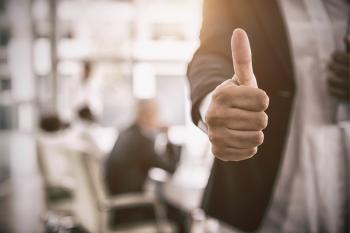 Like every other aspect of the economy, commercial property’s fortunes were affected by the uncertainty of Brexit during the last couple of months of 2018 – but the main factor was that the underlying Norfolk economy remains strong.

With important sectors in the county such as financial services, offshore engineering, food (and in particular agri-tech), professional services and tourism all performing strongly, the demand for commercial property has remained buoyant, with all parts of the market ending the year in a strong position.

However, especially later in the year, Brexit cast a shadow over that confidence, but even that has not stopped 2018 from being a year of strong returns for the commercial property investor.

We can’t ignore the elephant in the room, though.  The retail sector has had a torrid year, with several big names disappearing from our High Streets altogether, and landlords being forced to accept difficult CVAs for several other prominent retailers.

From Toys’R’Us and Maplin at the start of the year to the forthcoming closure of Chapelfield’s anchor store House of Fraser, investors in retail properties could be forgiven for thinking that 2018 has been tumultuous.

But in fact, the picture is rather more nuanced than that.  Norwich remains a leading retail destination with almost all major chains wanting to retain a presence in the city (House of Fraser notwithstanding).  Demand remains strong for prime city sites, although our High Street is certainly becoming shorter.  In particular, Castle Mall looks vulnerable to this contraction, with many empty units and temporary lets.

Outside the city, convenience shopping has performed strongly this year, especially on arterial routes.  In the county, there is an emerging hierarchy of market towns, with some like Holt, Wymondham and Aylsham doing well on the back of good demographics and strong marketing (including providing plentiful parking); others, like Swaffham, North Walsham and Great Yarmouth have faced more challenging conditions.

If the retail property picture has been patchy, 2018 has been a very strong year indeed for offices.  This has been the year when supply and demand were finally in balance, driven by both a buoyant take-up in the local and regional economy, and the removal of around 250,000 sq ft of low-grade office space in Norwich alone through conversion to residential.

As the year closes, the city is facing a shortage of good quality, modern, open-plan office space, and this kind of building is at a premium; meanwhile, older, cellular office buildings are more difficult to let.

The year has also seen rental growth in the industrial and warehousing sector, with a strong performance by the county’s manufacturers combining with the growth in online shopping to drive demand for this kind of property.

Unlike the retail and offices sectors, where performance has been concentrated in Norwich, the good performance in industrial property has been seen right across the county, including on the coast, where the strength in offshore engineering is seen in places like Beacon Park, to the northern city suburbs and northern market towns, which have benefitted from the first full year of operation of the NDR.

The strength in tourism has seen an increasing investment during 2018 in holiday properties.  A combination of factors, including Brexit, the weak pound, and renewed attacks on residential buy-to-let landlords, have seen considerable numbers of new investors in this sector.

Overall, 2018 has seen the appetite for investment in commercial property remain high.  With historically low interest rates having the dual effect of making other forms of investment unattractive and making commercial property mortgages relatively cheap, we have seen lots of new investors (many moving across from residential property), as well as existing investors holding onto their portfolios.

This has had the effect of driving strong rental yields and decent capital growth, and it is those real economic factors rather than Brexit uncertainty which has had the biggest effect on the market.  2018 has generally been a good year for the commercial property investor.

LOOKING ON THE BRIGHT SIDE OF LIFE

‘May you live in interesting times’ is an ancient Chinese curse, and in 2018 it is clear that someone has invoked it for all of us. Read more >

TIME TO ACKNOWLEDGE THAT THE LEP IS SPENDING OUR MONEY EFFECTIVELY

Second Office for the Agricultural Team

We are delighted to announce that as part of the continued expansion of the agricultural side of the business we are opening a second office in Aylsham and joining forces... Read more >

BUY TO LET APPETITE SHOWS NO SIGN OF WANING

If you read some of the more sensational media outlets, you would believe that the desire to become a residential landlord has all but died out. Read more >