About Us | Our newsletter | Regional Cities Growth 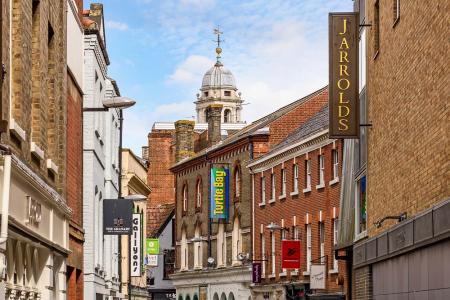 A trend towards investment in regional cities offers Norwich a great opportunity – but only if the city can attract investment in transport, talent and technology says Guy Gowing

Right across the UK, cities are experiencing significant central growth, a reversal of a long-term trend which saw depopulation of city centre in favour of the suburbs.  This about-face has seen regional urban centre population growth double since 2002, according to the Centre for Cities – against overall UK population growth of 10% during the same period.

In a virtuous circle, that growth is being driven by large-scale regeneration and redevelopment projects, which in turn are attracting more people back into our regional city centre.

In many ways Norwich is in a good position to be part of this city centre renaissance.  Major infrastructure projects, such as the A11 dualling and the Broadland Northway, not to mention long-overdue investment in the railway line to London, has put in place strong foundations for growth. At the same time, the conversion under Permitted Development Rights of moribund office space into city-centre residential accommodation has encouraged many back into the city centre.

Meanwhile, employment looks strong in Norwich, as indicated by the demand for commercial property: Grade A office space is seeing rents edge closer to £20 per square foot (driven also by a restricted supply), some commentators are predicting rental growth in industrial buildings of 20% over the next three years, and even in the supposedly beleaguered retail sector, yields for buildings in the right location are still healthy – with Norwich remaining a top 10 UK retail destination.

However, we must guard against getting left behind through complacency.  Employment growth can only continue if we invest in skills and ensure that employers have access to the best talent.  Despite improvements in the transport infrastructure, there is still much to do, such as completing the Broadland Northway, and ensuring that the rail service hits new levels of reliability (more important than a 90 minute journey time to the capital for most people).

Yes, we desperately need speculative investment in new commercial buildings, and there is some sign of that starting to happen, even if we won’t feel the benefits for at least two years.  But alongside that we as a city need to ensure we are investing in that trio of transport, talent and technology to make sure Norwich takes full advantage of the renaissance in the UK’s regional city centres.